Paired with a Quadrupel Ale

Homemade sweet potato gnocchi in brown butter cream sauce is much simpler to make than you think! It is super delicious and loaded with flavor and texture! 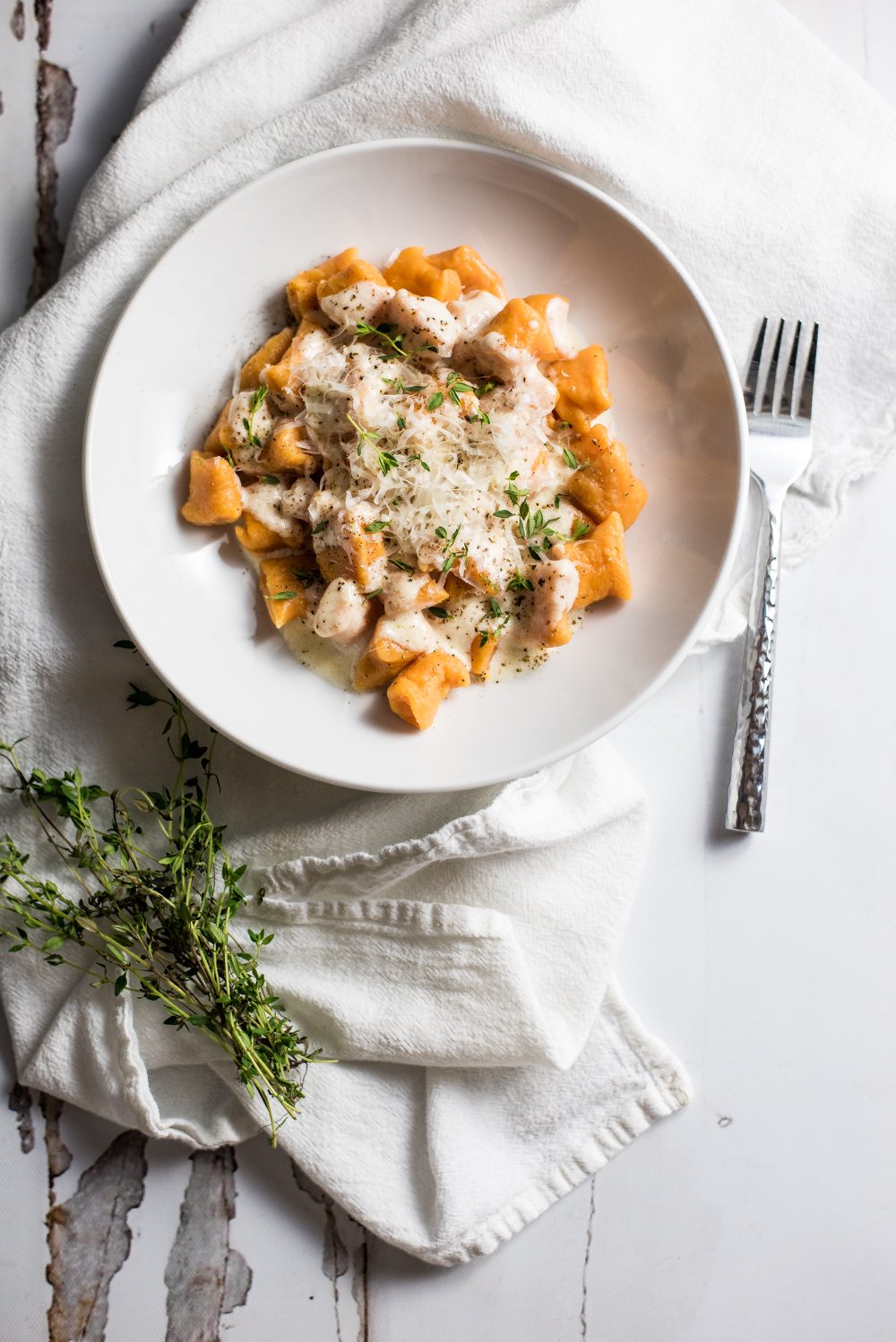 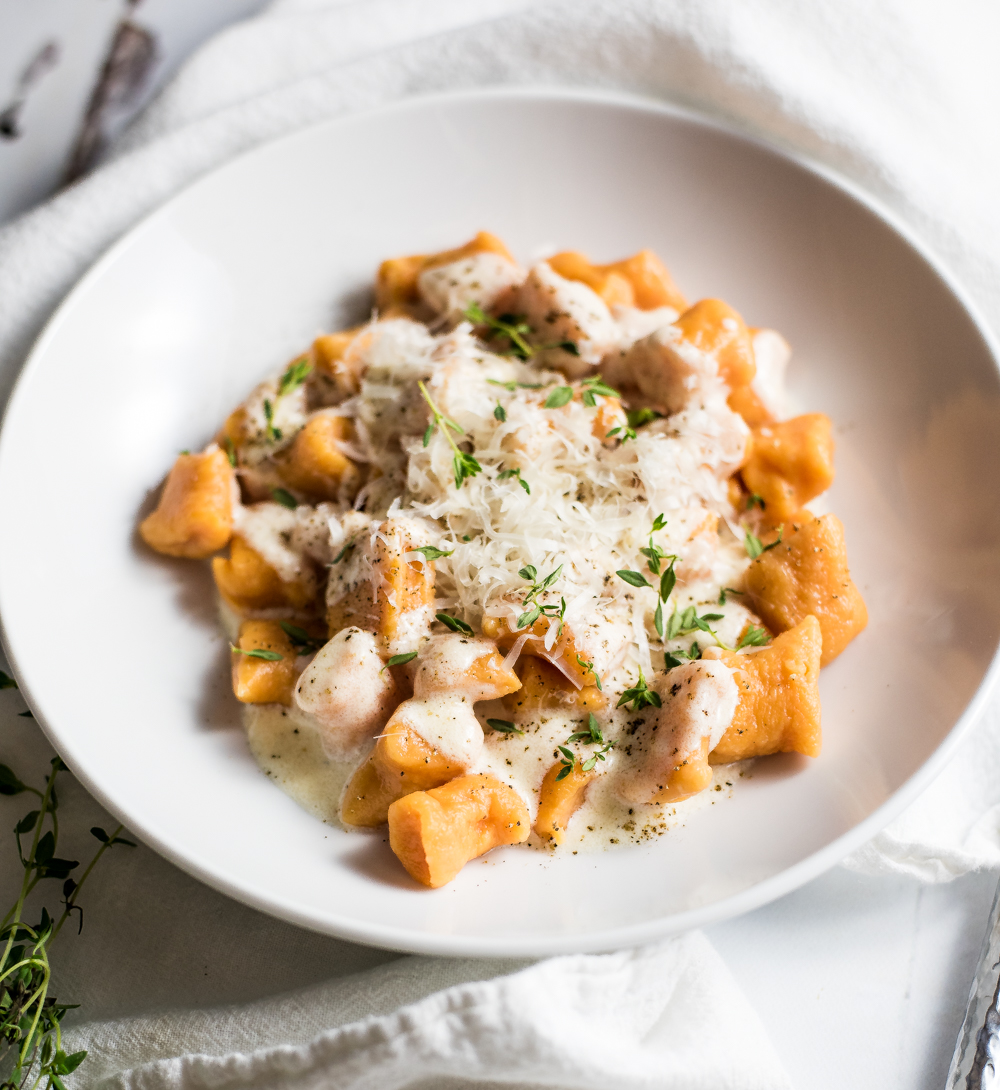 By now you guys probably know what little patience I have. This is why I don’t bake very often and when homemade pasta is involved, I usually let Zach handle it. It may come as a surprise that I would choose to share a homemade gnocchi recipe with you. I decided the make this recipe spur of a moment. I’ve been battling with something emotionally, and I knew I needed to dive headfirst into something mindless. I will usually either break out my knitting or play a stupid game on my phone, but I thought making gnocchi was the perfect thing to keep my mind preoccupied.

The thing about gnocchi is that it does take some work, but it’s pretty simple to make in the end. What I love most about making gnocchi is that you can make a ton at one, cook up a few, and freeze the rest. Below are instructions for both cooking from fresh and from frozen. I’ve done both numerous times and both work perfectly. Don’t be scared by homemade gnocchi. It’s so easy to make and you will be so impressed with yourself when you’re finished!

Beer It was definitely a battle with this beer pairing. I flip flopped back in forth between a barleywine and quad. I love them both for this recipe, so if a barleywine is more your style, feel free to go that route. Either way you go, I really wanted something decadent for this recipe. A quad really makes this recipe shine. It has a slight sweetness that really pairs well with the gnocchi. It really is the perfect pairing, so give it a try ASAP! 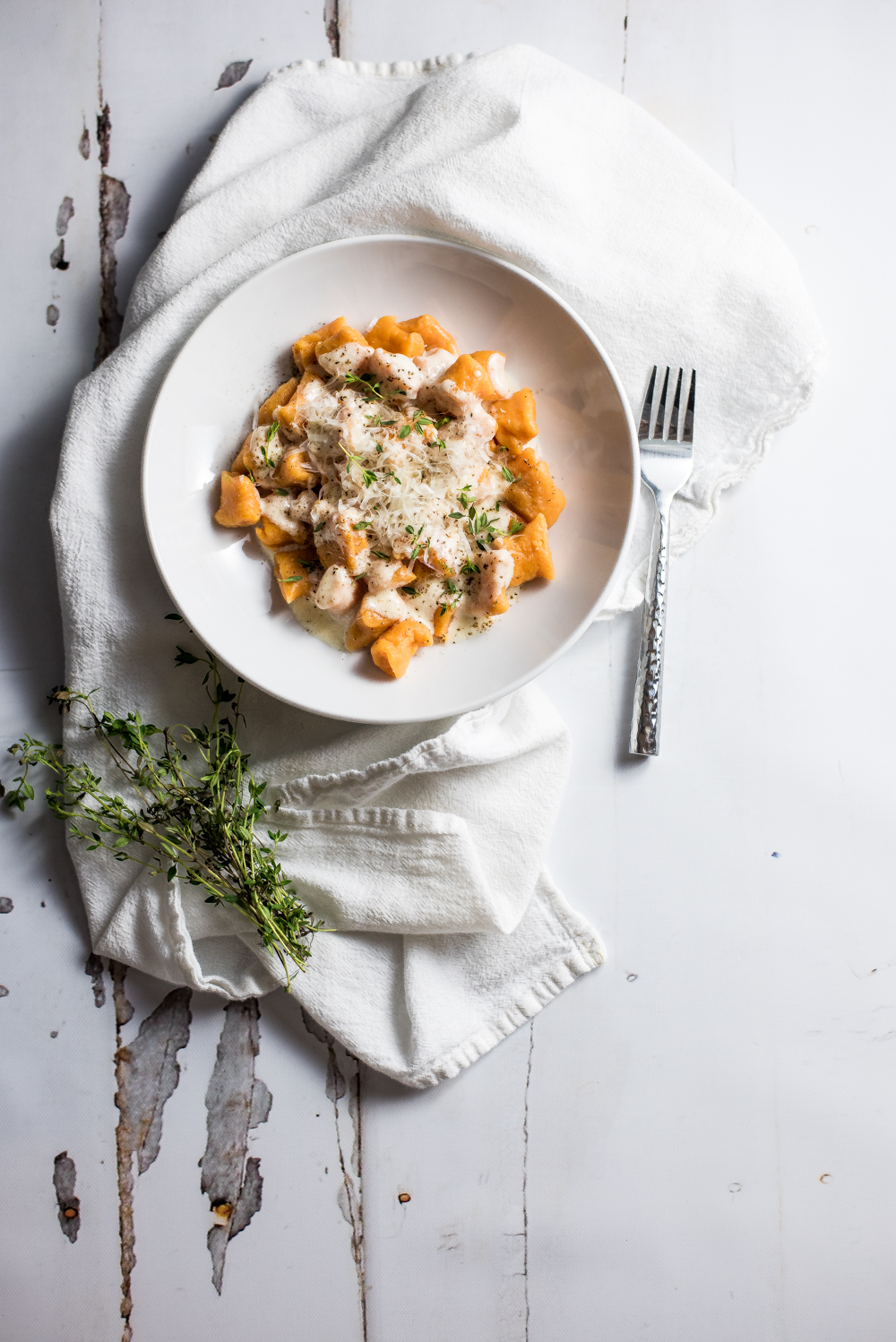 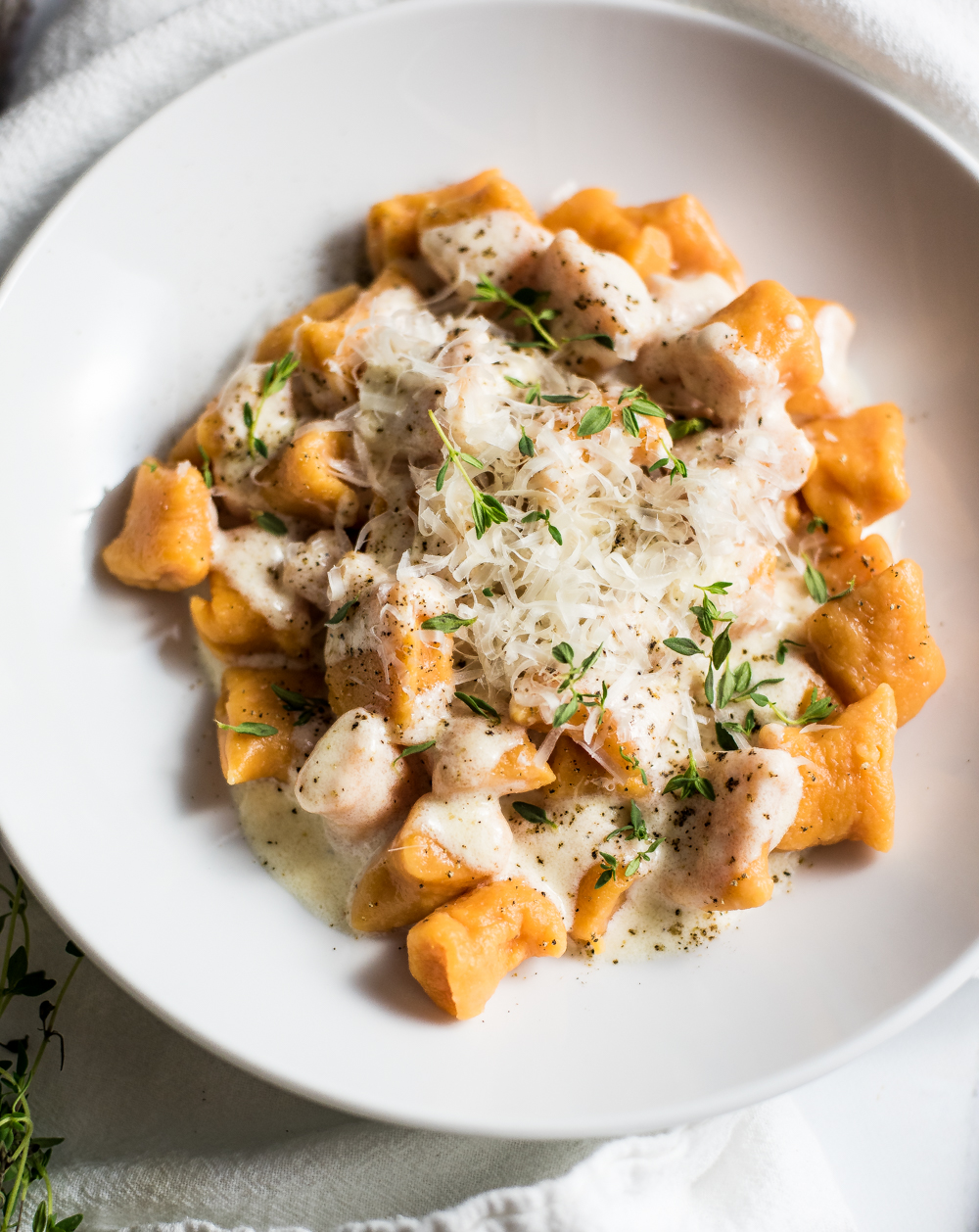 You may choose to sear your gnocchi in butter after you simmer them and before you add them to your sauce. This is totally up to you. It adds a certain "char" to the gnocchi, but not in a bad way and is actually pretty delicious