Paired with a Scotch Ale/Wee Heavy

This post is sponsored by the United States Potato Board.
Step up your lunch game with this easy and nutritious recipe for roasted garlic and potato soup with sausage and kale. This recipe is lunch made simple. Make it the weekend before and refrigerate for the rest of the week! While roasted garlic, sausage, and kale make up a large portion of this soup, potato is the star. It adds texture and comfort in one simple bowl of soup! 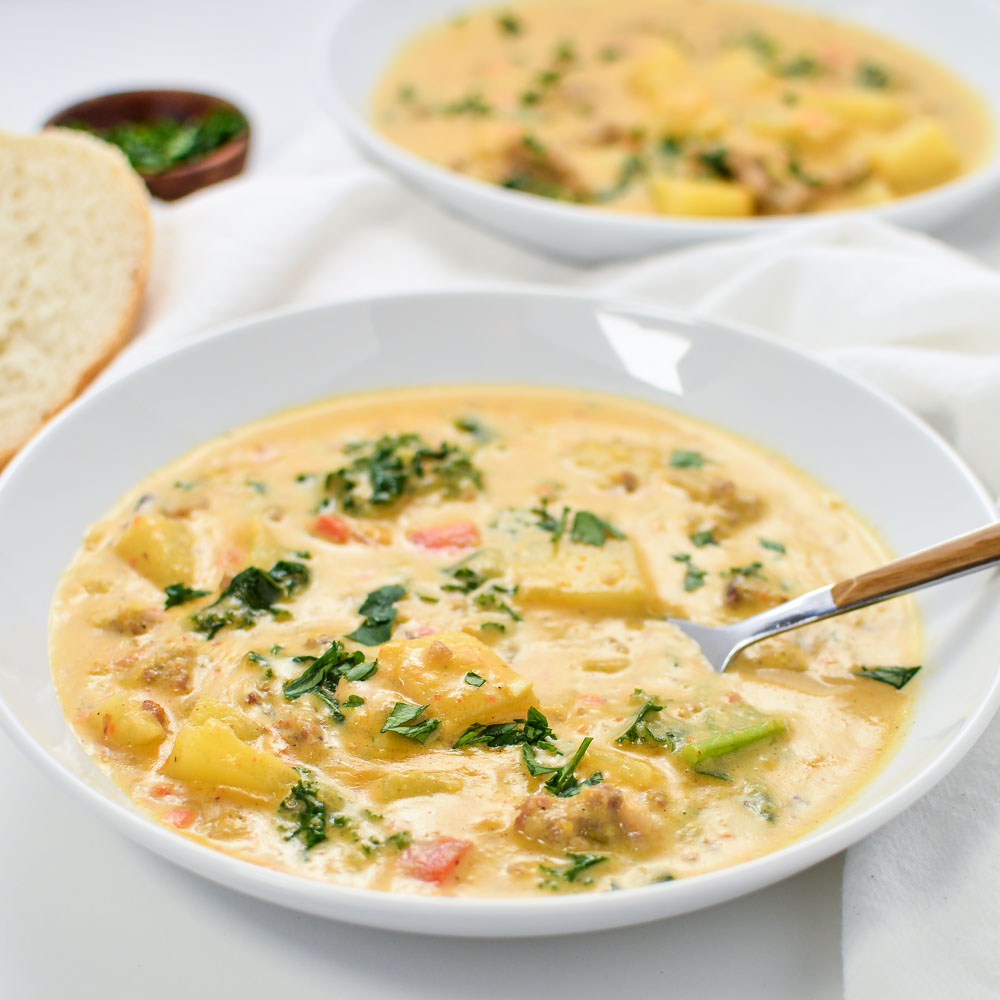 One thing that I have found very difficult to adapt to ever since I started working from home is making sure to eat during the day. I know this sounds completely off the wall, but I’m completely serious. When you go off to work every day, there is a schedule to keep to. You get to work at say 8-9 am. You have lunch at say 12-1 pm. You work until 4-5 and then you go home. Pretty simple concept right? Well, working from home caught me by surprise. I would seriously go for 8 hours straight sitting in my home office, eating absolutely nothing. This became a problem. I became cranky, like really cranky. It wasn’t until early last year that I started keeping to a strict schedule. Starting work by 9 am, taking breaks throughout the day, taking a half hour for lunch, and stepping out of my office by 6 pm. I forced myself to step away from work completely at night, and you guys, I have never looked back.

I think it is so important to keep yourself on track, whether it is food-related or not, and lunch is just as important as every other meal of the day. It’s a time of day to take for yourself. Regroup. You get it. Right? One mistake I always made when working a 9 to 5er was going out for lunch. Seriously, I spent so much money on lunch and it was absolutely ridiculous. It is so simple to make yourself a good and hearty lunch, that you can look forward to. This is where this roasted garlic and potato soup steps in.

This soup is comfort in a bowl, you guys, but it doesn’t lack in nutrition. It’s the perfect soup to make over the weekend, refrigerate and portion out for the week ahead. It doesn’t take very much work or time and it will seriously fill you up when you most need it: at lunchtime. While sausage, kale and garlic play a very important role in this super delicious soup, the potato is by far the star of the show.

Whether it’s russet, Yukon gold, or red, Zach and I eat potatoes ALL-THE-TIME. They are such a versatile vegetable that can be used in so many different ways. In the case for this soup, the potato acts two ways. It adds a certain heartiness from the chunks of potato, but it also adds a certain amount of creaminess. The pureed potato in this soup adds a creaminess that you would otherwise get from 2-3 cups of heavy cream. It also is a natural thickener, which is a double bonus in my book!

So instead of heading out to lunch everyday, make it a New Year’s resolution and try to start bringing your lunch instead. It’s so much better (and cheaper) for you! I hope you guys enjoy this roasted garlic and potato soup. It’s one of those soups that Zach and I make multiple times of year! 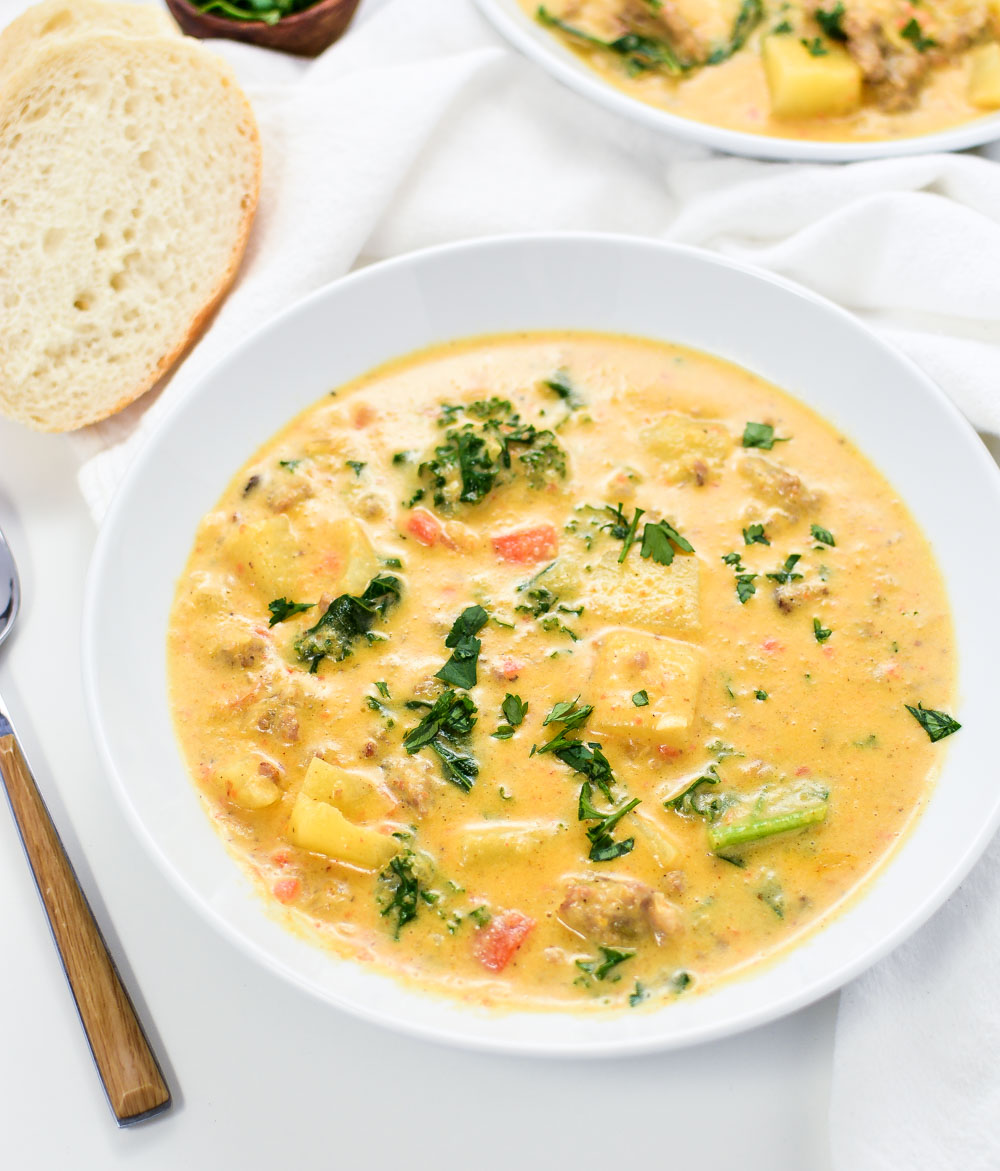 Roasted Garlic and Potato Soup with Sausage and Kale