This post is sponsored by Char-Broil. All opinions are my own.

Focaccia, Cornbread and Andouille Sausage Stuffing is sure to brighten up your Thanksgiving dinner spread. This stuffing recipe is a take on traditional sausage stuffing, but uses andouille sausage instead of sweet Italian sausage, and substitutes the traditional French bread cubes for focaccia and cornbread. This recipe takes under 30 minutes of prep and only an hour of cook time. It’s the perfect recipe to make ahead, while you prepare all of your other side dishes for Thanksgiving dinner! 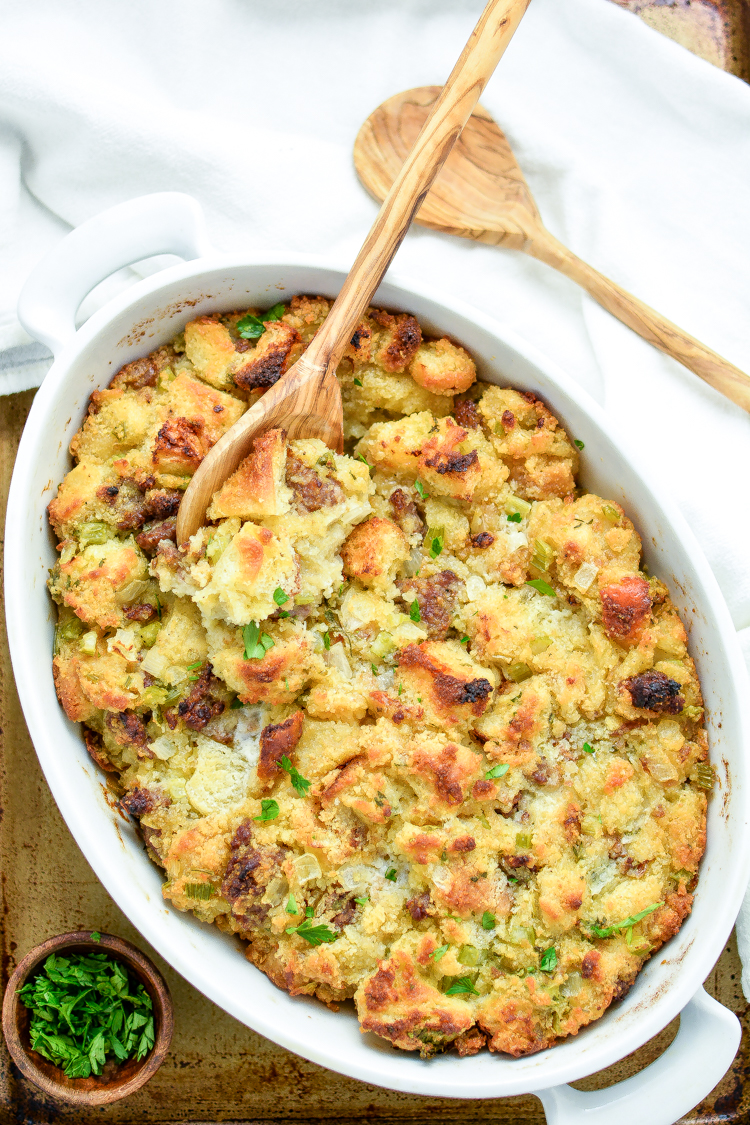 Let’s continue rolling with all things Thanksgiving, shall we? I’m super excited about this post for a multitude of reasons. It’s Friday! Let’s celebrate with this must-make recipe for Thanksgiving dinner: Focaccia, Cornbread and Andouille Sausage Stuffing…AND a giveaway for The Big Easy® Oil-less Turkey Fryer.

First things first, let’s talk about this andouille sausage stuffing. So I’m kind of traditional when it comes to stuffing. Except for this delish chorizo stuffing I made last year for Thanksgiving, I tend to keep things simple. Simple usually includes the basics: classic stale French bread cubes mixed with a combo of warm chicken broth, onion, celery, a TON of parsley, salt and pepper. That about sums it up, but it’s so good…and so comforting…and makes me think of Thanksgiving as a 7-year-old.

While I love and appreciate the traditional side of things, I do love fun twists on traditional recipes. If you’ve been following this here blog long enough, you must already know that I’m a big fan of twists on classics. It’s just what I do. I should probably think about changing the description/subtitle of this blog. To save you guys the pain and agony of my rambling, I’ll save that for another date.

Anyway, if you are anything like me and tend to lean towards the traditional recipes, try a twist on traditional this year. You might just surprise yourself on how fantastic these things can turn out!

So the point behind this whole post today is not just about this andouille sausage stuffing…it’s only kind of about it. Both this giveaway and side dish revolve around Thanksgiving and putting twists on the traditional side of things. Today, I’ve teamed up with some of my favorite bloggers in the entire world to give away The Big Easy® Oil-less Turkey Fryer. 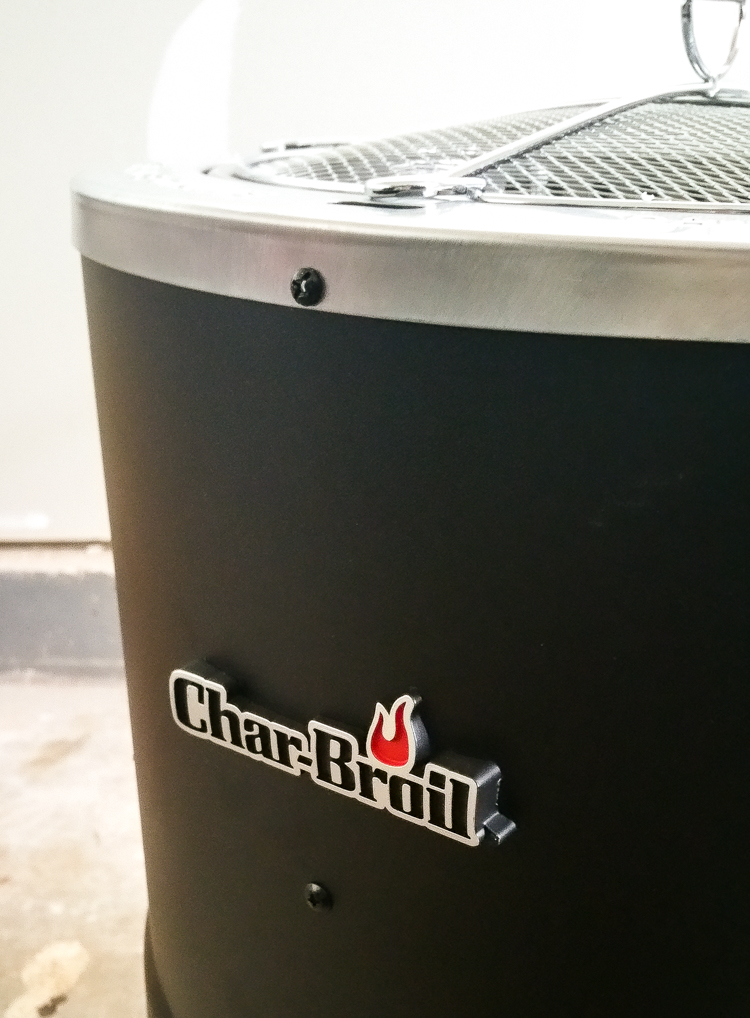 There are a million and one reasons why I have become insanely obsessed with this turkey fryer. You guys, the engineers behind this product are geniuses. They’ve made it possible to get that fried-food crispiness without using any oil at all, and with Thanksgiving just around the corner, frying turkeys is becoming kind of a big deal. This fryer keeps things simple. You don’t have to buy an insane amount of expensive oil. It’s much healthier than a traditional deep-fried turkey, because of the whole no oil thing. Oh, and did I mention that every single thing I’ve made in this fryer since I’ve gotten one has come out delicious! This cooker uses infrared heat to lock in flavor and keep things moist!

Oh, and did I mention that this turkey fryer can “fry” things other than turkey? Zach and I just made leg of lamb in this bad boy, and you guys, I think I melted into a puddle of happiness when I took the first bite.

Enter below for your chance to win one of these The Big Easy® Oil-less Turkey Fryers and check out their community web page for all kinds of delicious recipes utilizing this product! And don’t forget to check out Char-Broil’s oil-less turkey fryer for more information! 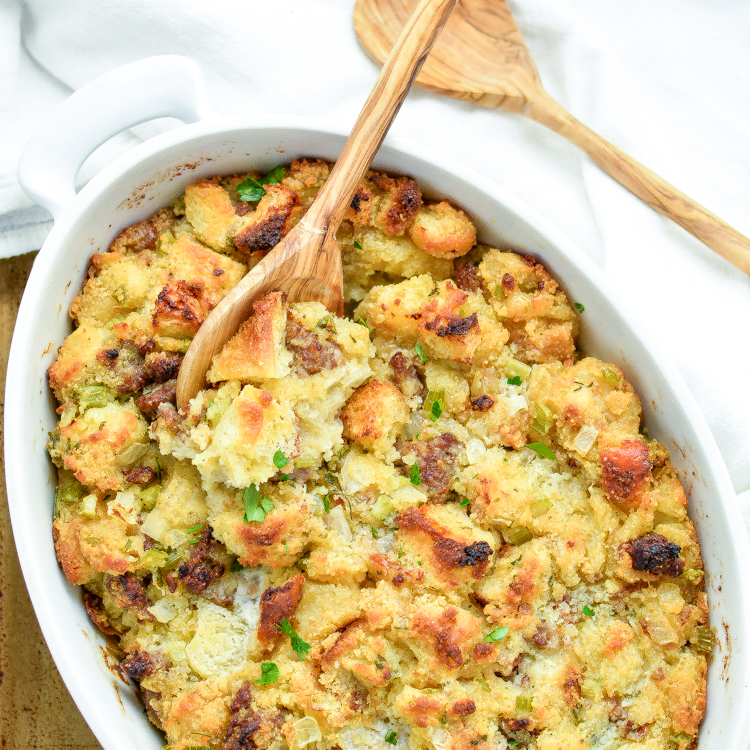 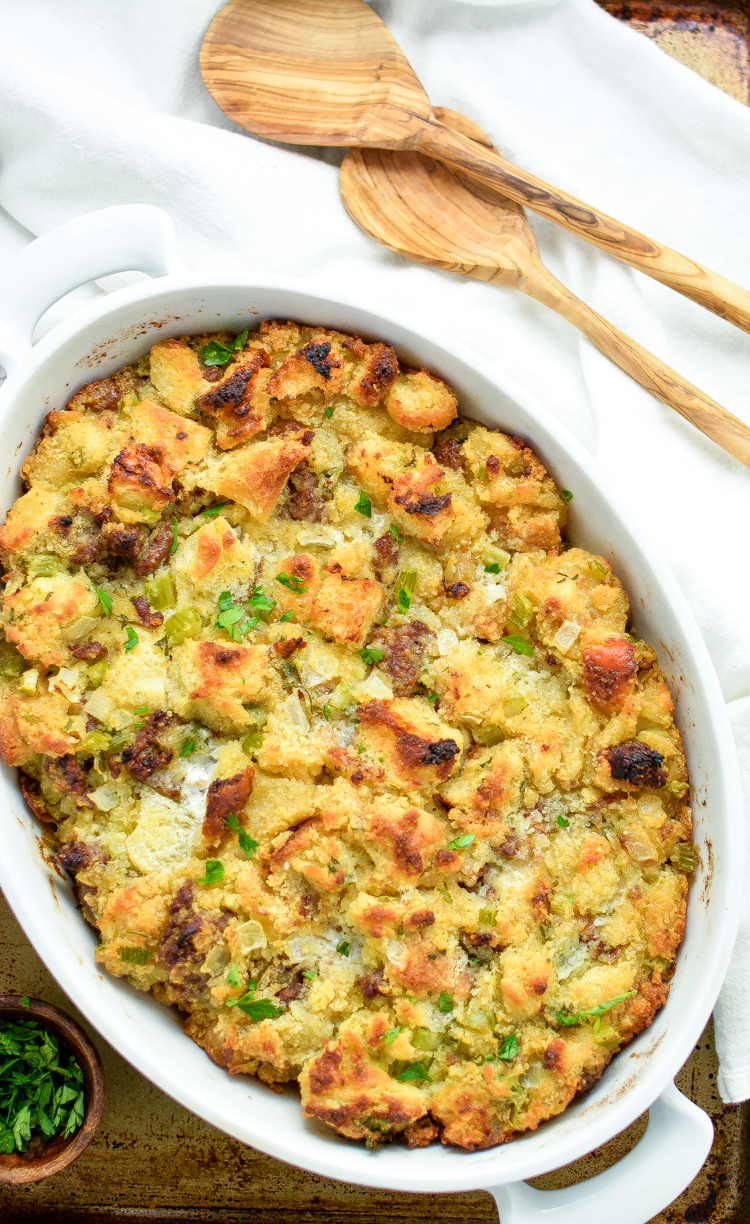