Paired with a Stout or Spiced Ale

These cinnamon bars are the perfect sweet treat to serve this holiday season. They are packed full of cinnamon, sugar and delicious flavor! It’s all about easy baking when it comes to these cinnamon bars. A simple batter is made from a ton of butter, a ton of brown sugar, a ton of cinnamon and some other necessities, such as flour, baking soda, baking powder, etc. The batter is poured into a heavily greased baking dish that has been lined with foil and baked until the result is dense and sugary perfection. Top these bars with a mixture of cinnamon and sugar and make another batch, because these cinnamon bars will be gone in no time! 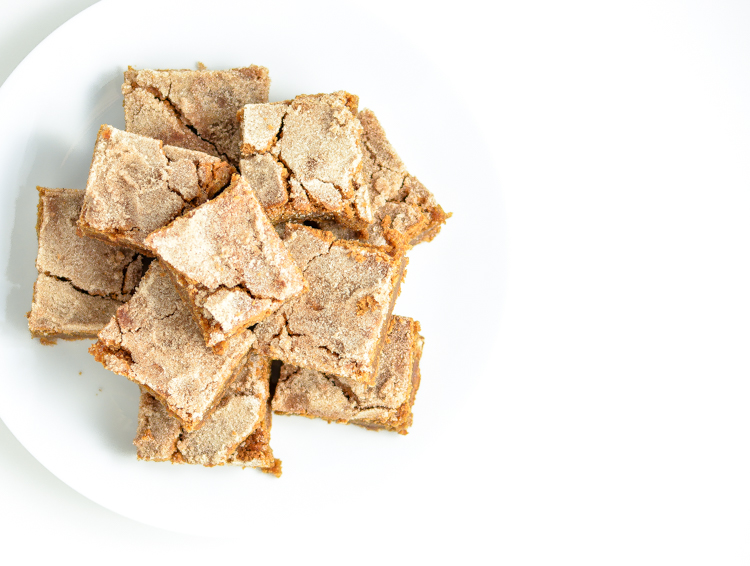 You guys know that I am ALL about easy baking. If it requires many days of recipe testing, many hours of research, and many days left in sadness because I seriously suck at baking most things, then count me out! I usually stick to the simple side of things: cookies, bars, brownies, the occasional pie whose crust I do NOT make from scratch. You guys get the point. The holiday season and I get along very well because cookies and bars are kind of a big deal, and cakes play second fiddle.

This is why these cinnamon bars are one of my favorite desserts to serve over Thanksgiving and throughout the holiday season. 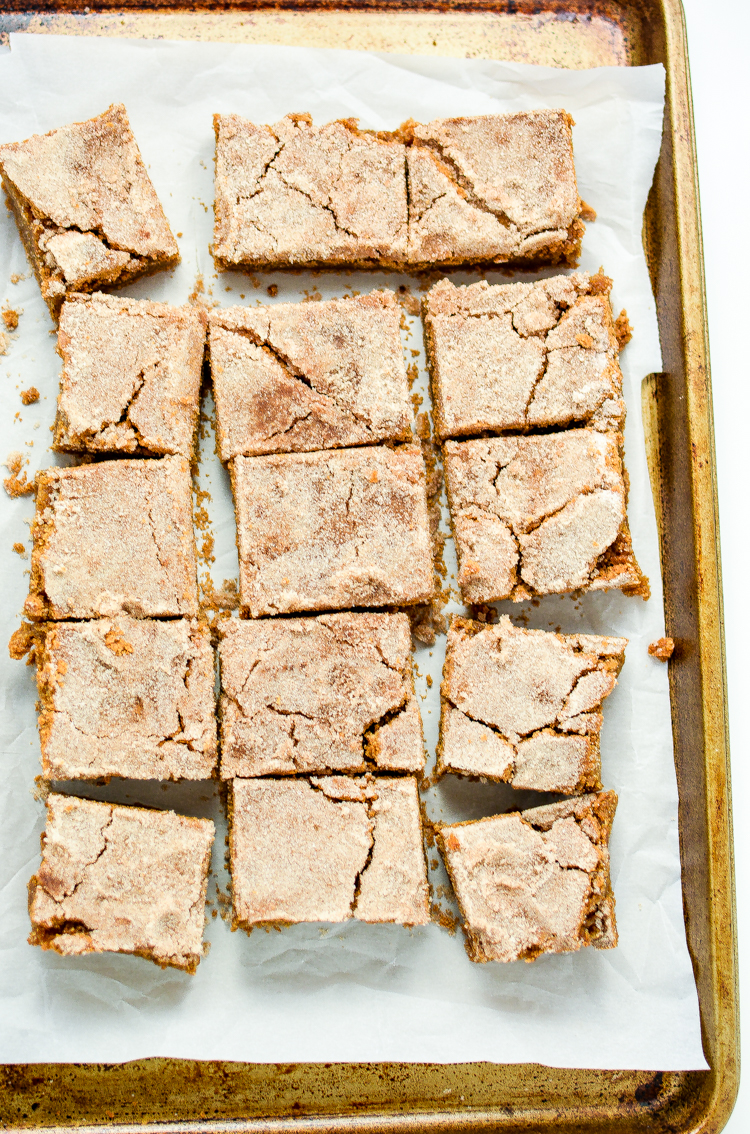 These cinnamon bars should not be taken lightly, you guys. I mean this in every sense of the word. They are simple, but they are in no way light. I’m going to throw that out there right now. But hey, I have strong feelings about dessert being a dish of indulgence, and I find no reason to skimp. There is almost 4 cups of sugar in these bad boys and almost 2 cups of butter, so break out those fat pants. You’re going to need them. 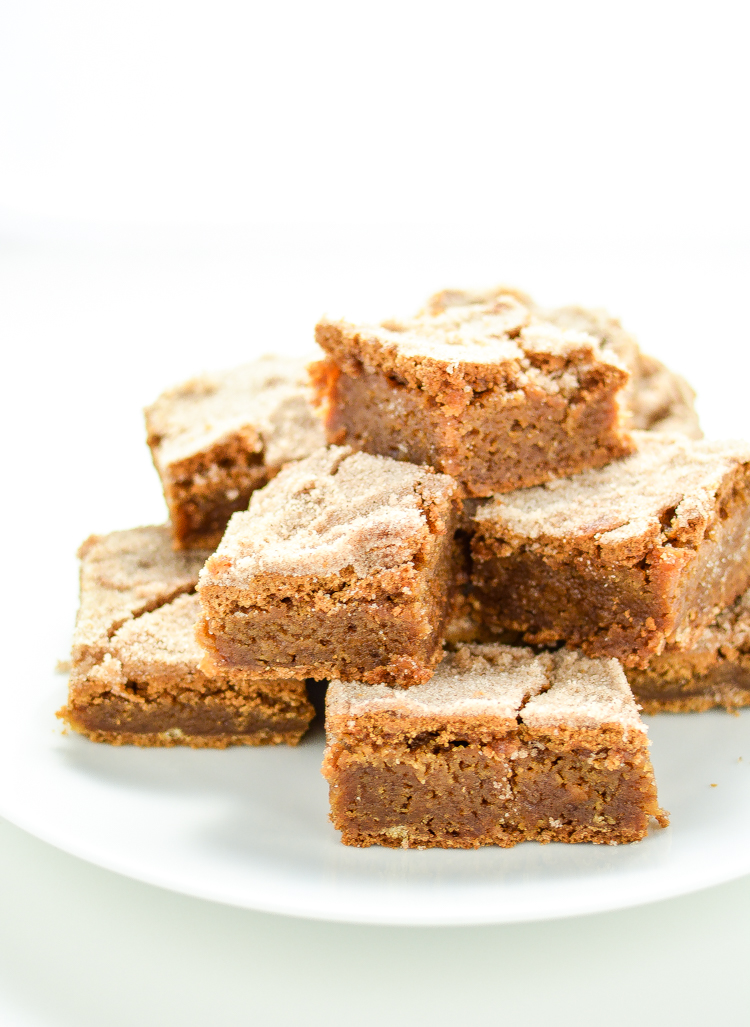 I hope you guys love this recipe as much as I do. Pair these cinnamon bars with either a stout or spiced ale. Both are magical pairings. Oh, and have a WONDERFUL weekend! 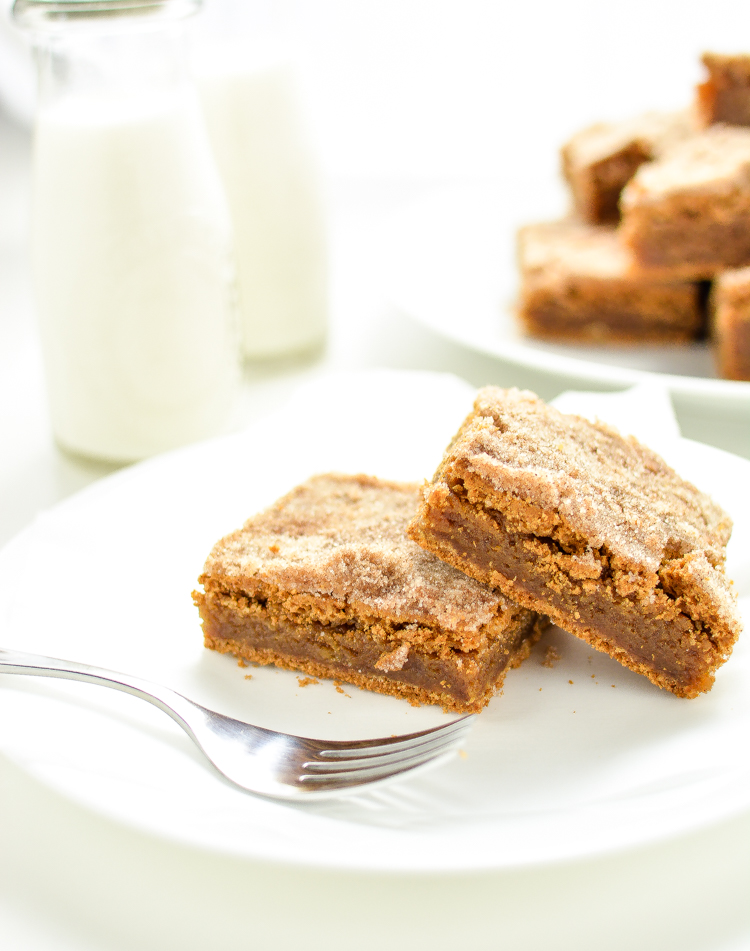 The amount of bars with range with how small you cut them.

The amount of bars with range with how small you cut them.