Paired with a Pale Ale 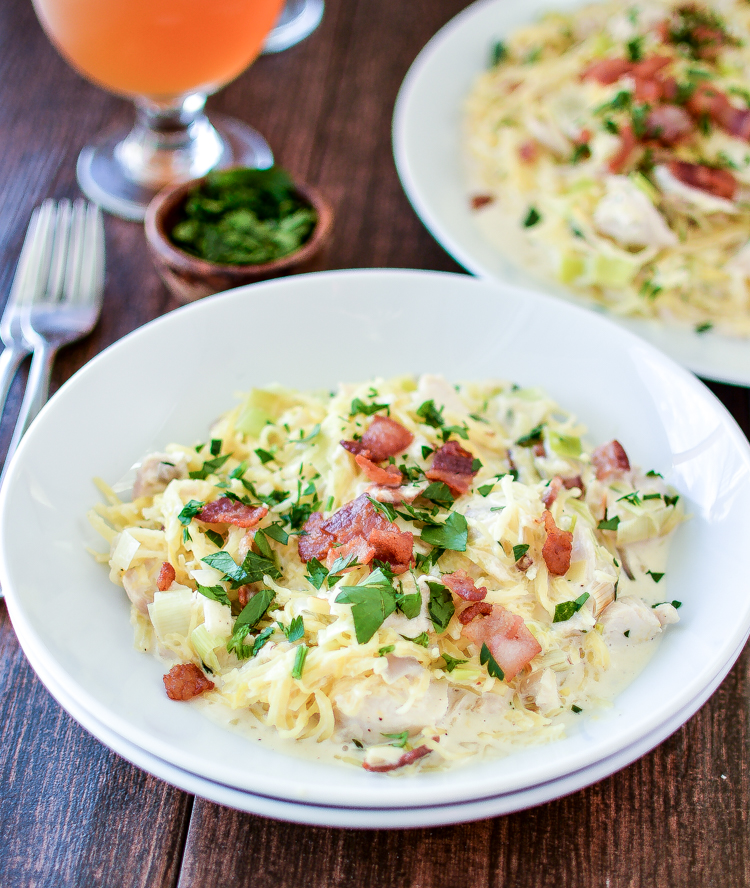 Happy Sunday, friends! I hope you are all having a fab weekend! I’m super excited that it’s Sunday, aka my favorite day of the week. I feel like I have an excuse to be somewhat lazy. It is the day of rest after all, and I plan on taking full advantage of it. I see a day of laying on the couch watching football and indulging in all things bad for me in my future, and I am so not sad about it.

Before I partake in this much needed day of laziness, I want to share this recipe for creamy spaghetti squash chicken alfredo with leeks and bacon. Now, I have a scary confession to make. Are you ready for it? Please don’t judge me…

I am not a huge fan of chicken alfredo pasta. I know. I KNOW.

I scare even myself sometimes. I mean it’s a staple in almost every US household! What kid does not like chicken alfredo? … and it’s not that I don’t necessarily like chicken alfredo, but I have never been drawn to it like many a 12 years old always were when I was growing up. Let’s just say, it was never my first choice.

I feel like this was the poorest introduction to a recipe known to mankind, but I just wanted to say how my life has been transformed and it’s all because of spaghetti squash chicken alfredo. Spaghetti squash is one of my favorite ingredients to work with. Some weekends I will just roast a couple of spaghetti squash and store it in the fridge to eat throughout the week. Warm spaghetti squash with butter and a ton of cracked black pepper? That right there is my kind of comfort food. It kind of reminds me of being 8 again and eating buttered noodles. You guys know what I’m talking about it. There’s not much more comforting out there than buttered noodles.

So anyway, I really hope you guys love this creamy spaghetti squash chicken alfredo as much as I do. I’m pretty sure you will. The leeks and bacon just take it to a whole new level of flavor that you didn’t know was possible with chicken alfredo!

Recipe is below! Pair this dish with something on the hoppier side, but not out of control in IBUs, like a pale ale or something similar. Enjoy the rest of your weekends friends! xo 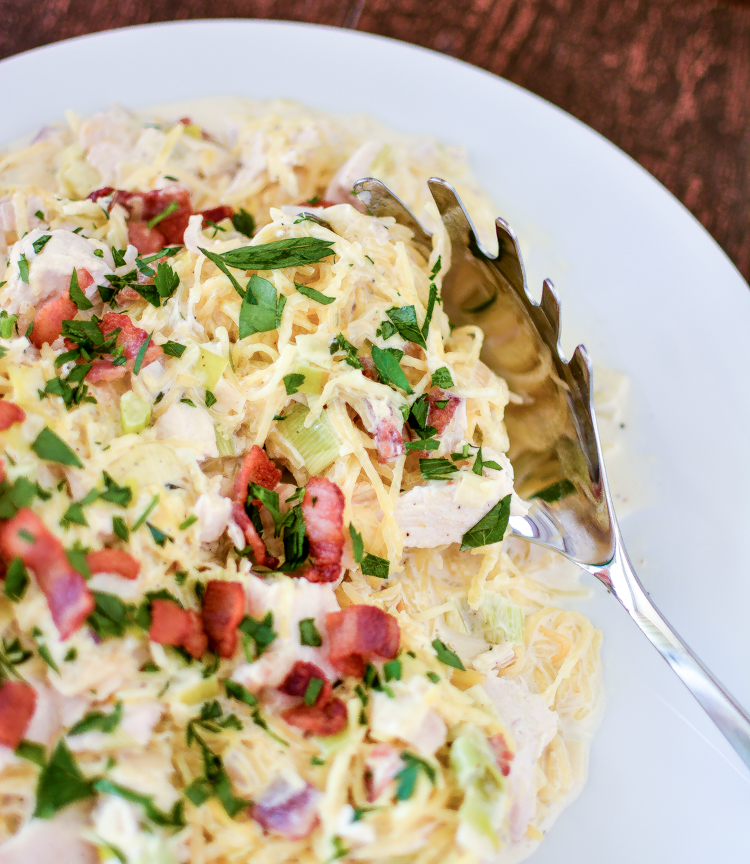 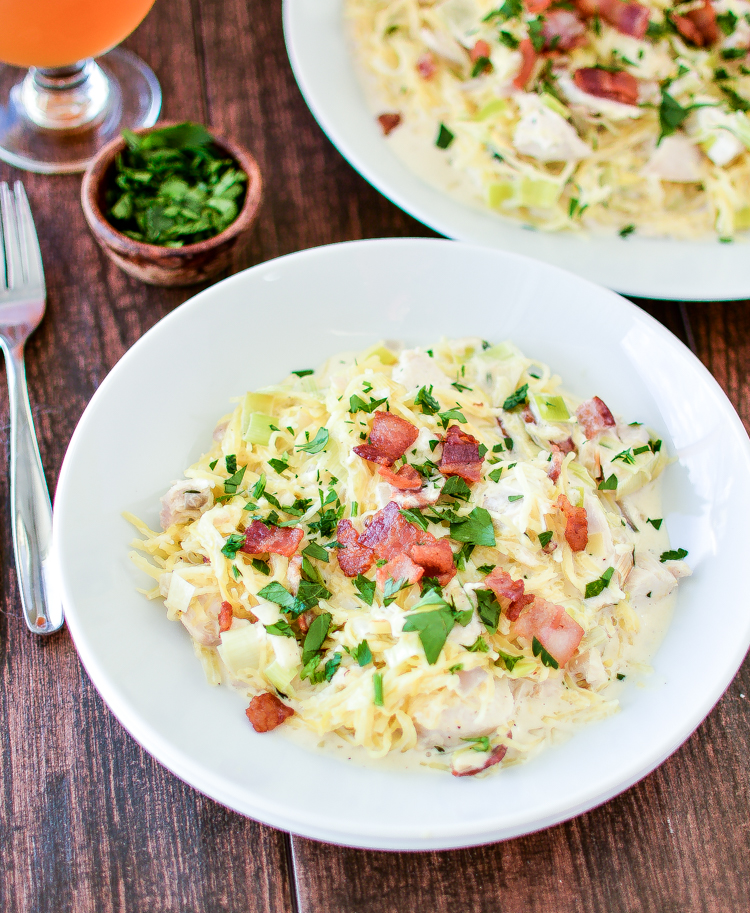