Fudgy Bourbon Brown Butter Brownies: moist, delicious and simple brownie recipe for the ones you love most! A simple brownie batter is made from melted chocolate, brown butter, bourbon, sugar, flour and other baking necessities. Baked until firm, the brownies cool while you prepare the decadent frosting. This frosting is made from melted chocolate, confectioner’s sugar, milk and cream cheese. Mixed until smooth and creamy, spread this frosting onto the now cooled brownies. Chill in the freezer for a half hour for the perfect slicing consistency and share with you favorite people! 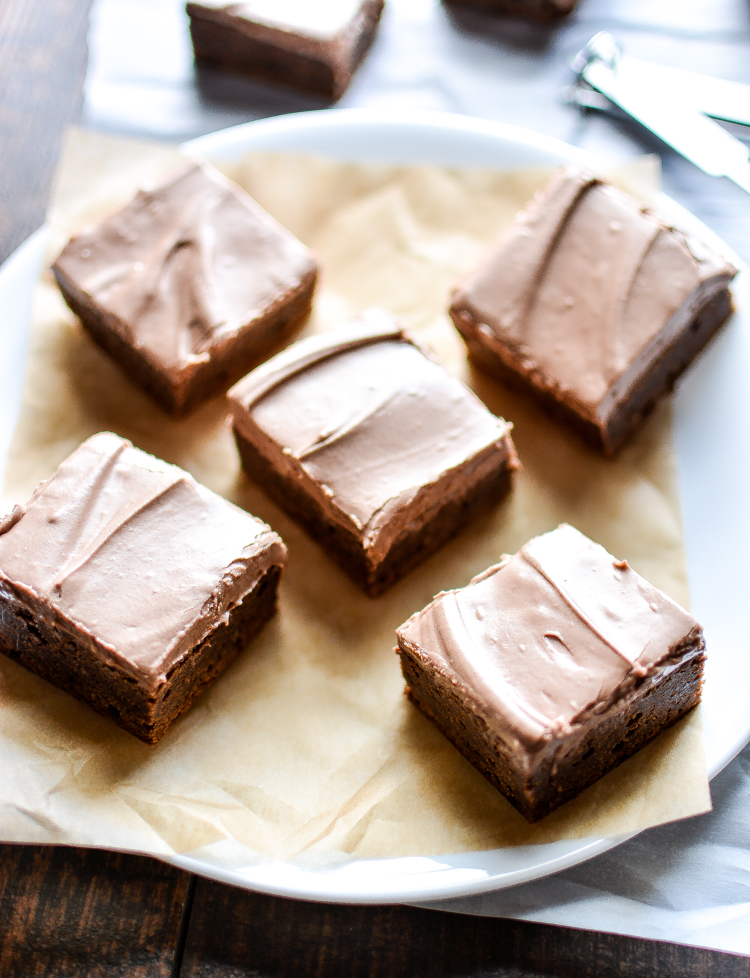 So I’m pretty sure the question of century is which do you prefer: fudgy or cakey brownies. Me? I’m a fudgy kind of brownie lover. Let’s leave cakey for chocolate cake perhaps? In addition to having the perfect fudgy brownie, there has to be something soft and decadent to spread on top. Fudgy brownies with smooth chocolate frosting: this is what makes my world go round. 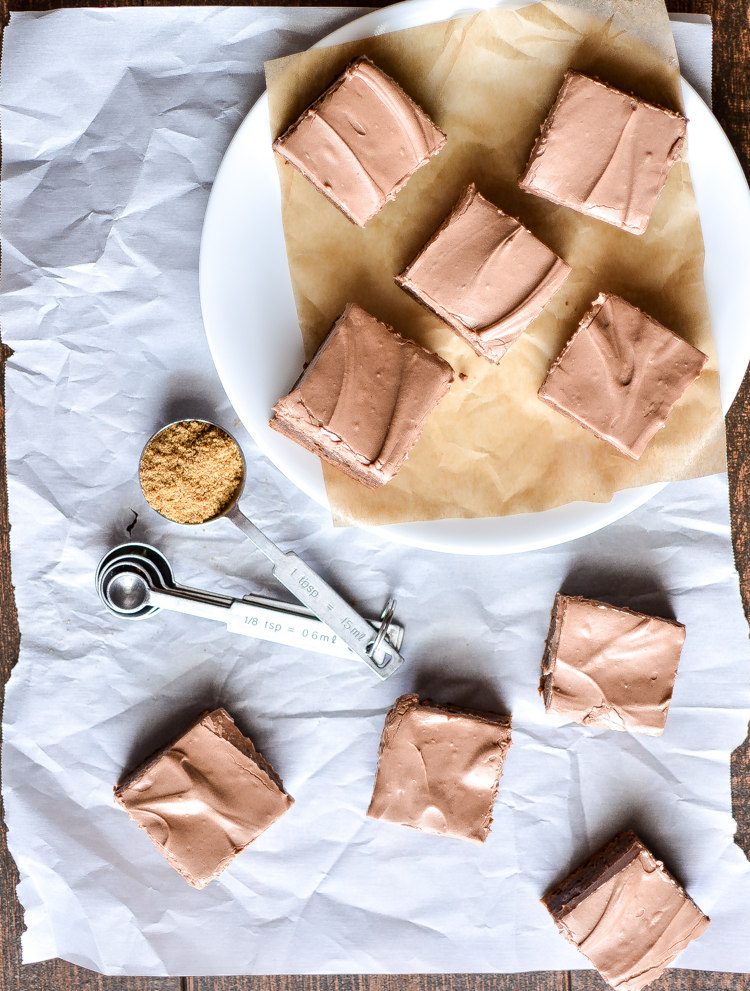 Now most of you know that I am a terrible baker, which is the reason you don’t see many desserts on this here blog. Most of the time, I stick to the savory stuff. This doesn’t make me sad. I tend to a have a salty tooth over a sweet tooth. It’s not that I don’t like a sweet treat every once in a while, I just really really dislike making them. I prefer visiting my favorite bakery and taking care of my sweet tooth there. I also absolutely hate photographing desserts, especially when said desserts are brown. No one like photographing brown food. I don’t care who you are and how crazy your skills may be.

So anyway, I will make an exception every once in a while though. I’m not terrible at baking crumb cakes. There’s usually no rising involved with these kinds of cakes. I also have basically perfected the pot de creme. Hey, I can even whip up a good ice cream recipe once in a while!

Today I have decided to share these fudgy bourbon brown butter brownies with you. I love bourbon (almost as much as I love beer) and I love brown butter even more. Smash the two together? Heaven, you guys…heav-en.

Recipe for these bourbon brown butter brownies are below. Pair them with an bourbon barrel-aged stout and throw yourself a little party. You just made the best brownies EVER! 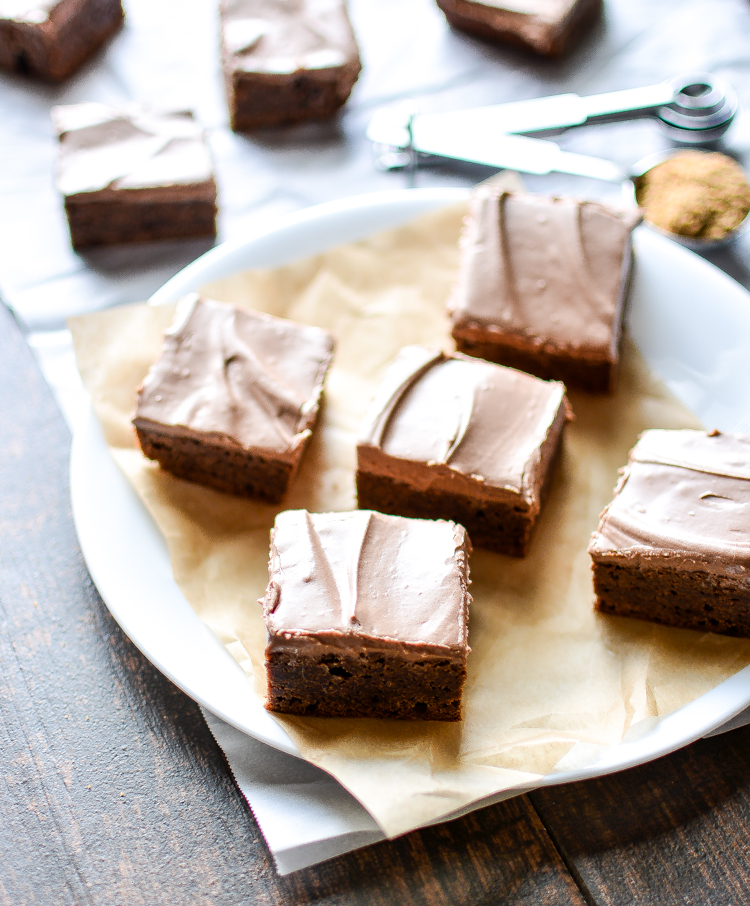 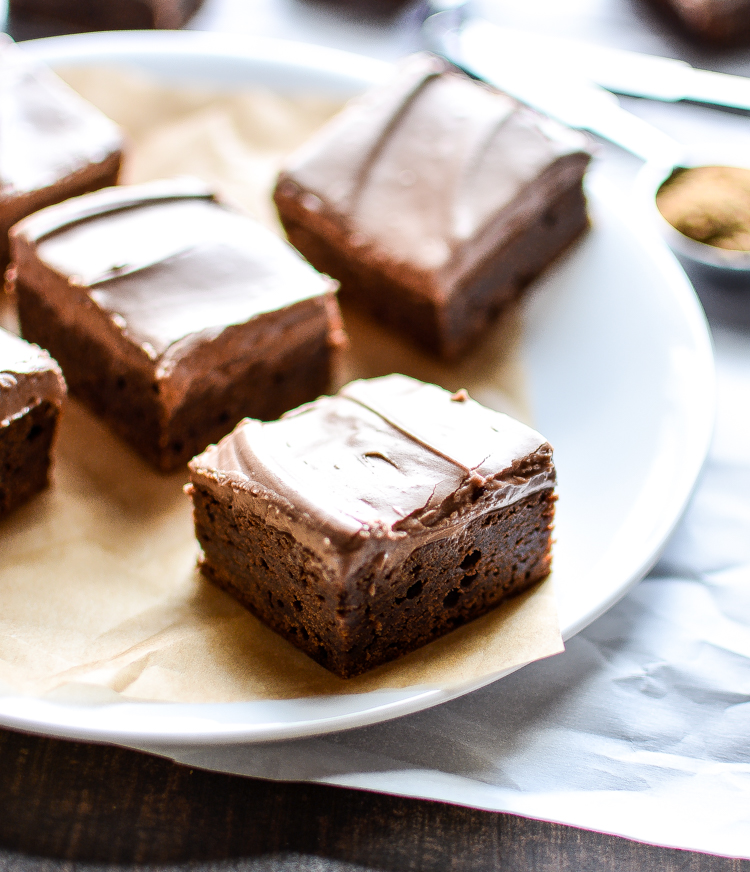 For the Brownies
For the Chocolate Frosting