This shop has been compensated by Collective Bias, Inc. and its advertiser. All opinions are mine alone. #SnackPackMixins #CollectiveBias

Did I have you guys sold with the title of this post? What is absolutely not to love about chocolate, peanut butter, pudding, parfaits, pretzels and whipped cream all intermingling in the same sentence!? With Valentine’s Day right around the corner, I knew these pudding cups/parfaits needed to make it into the all-star line up. Chocolate pudding and peanut butter come together in a scrumptious creamy dessert. Topped with chopped pretzels and a homemade coconut whipped cream, and you have a perfect Valentine’s Day dessert in only minutes! 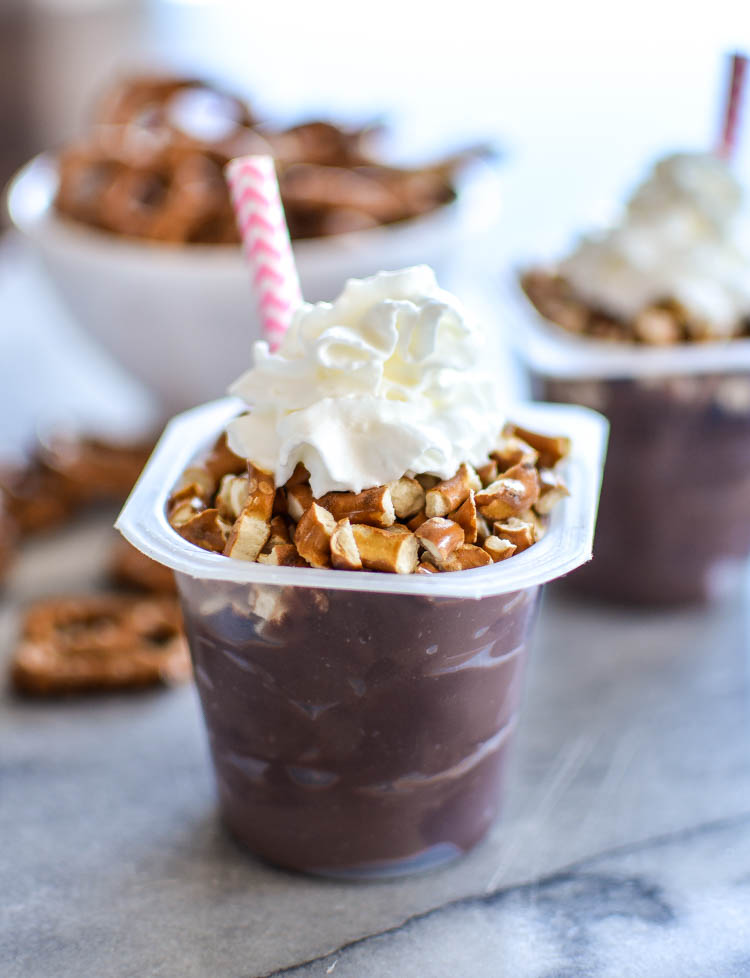 Valentine’s Day around here usually goes something like this:

We don’t normally go out. It’s not really our idea of a relaxing Valentine’s Day. We like to stay in and create yummy recipes that we’ve never done before. Zach normally takes care of the appetizer and entree. He doesn’t cook very often because…well…he lives with me, but he is a FABULOUS cook. I think that a beef carpaccio and duck breast with crispy skin will be adorning our dinner table this year.

I am so not upset about this.

I usually take care of dessert, and I have been playing around with dessert for about the past month now. One idea up for grabs, is the recipe for these chocolate peanut butter pudding cup parfaits and there are a million and one reasons why! 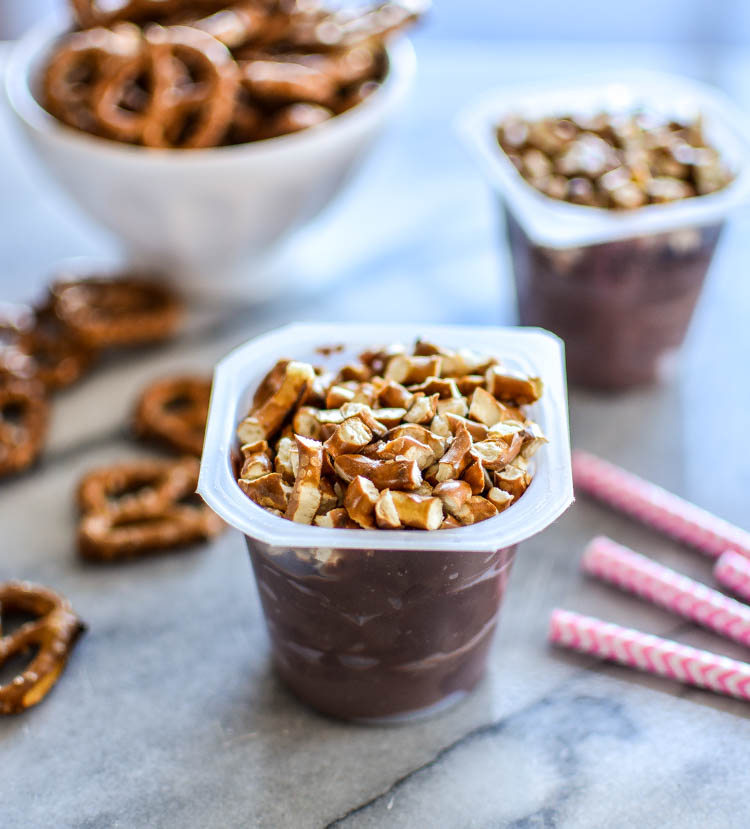 What is so great about Snack Pack puddings is how fun and creative you can get with them! Mixin ideas are almost overwhelming because there are so many of them to play with! From candies to sprinkles, brownies and creams the sky is the limit on what you can add to the mix! 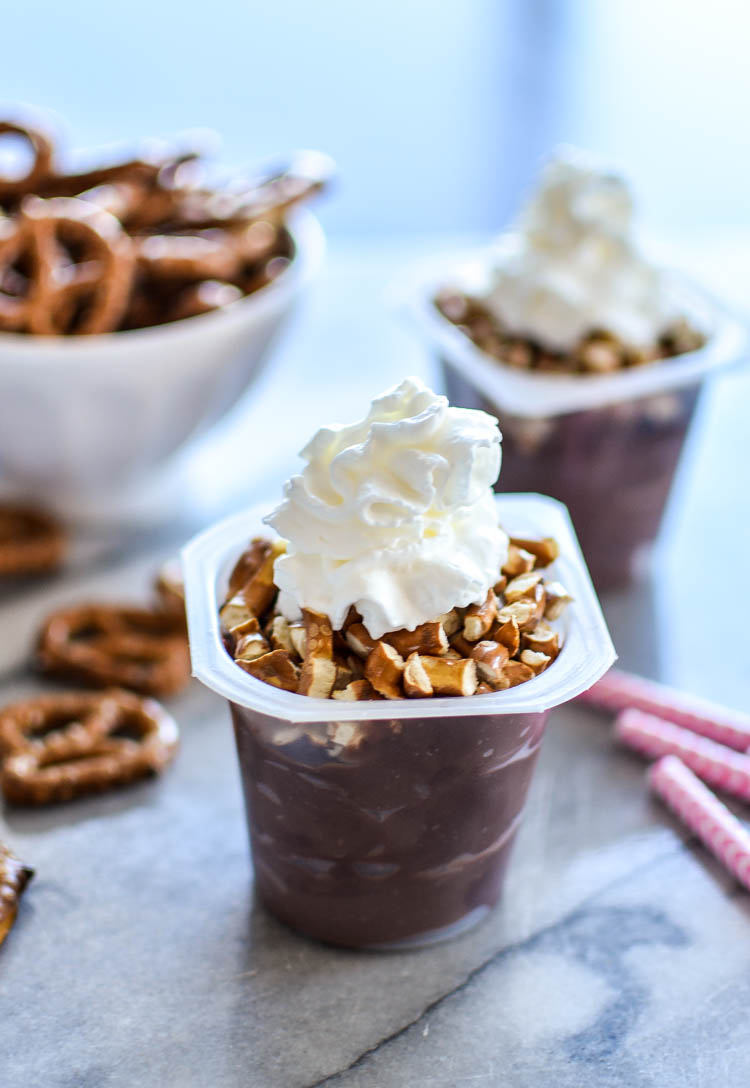 In light of Valentine’s Day literally being this weekend, I thought that chocolate was the only way to go because chocolate is the best. Let’s be honest with ourselves.

Snack Pack Chocolate Pudding is mixed with Peter Pan Peanut Butter and chopped up peanut butter cups. I think I could stop right there and all would be well in the world, but let’s go on just for fun. Back into the cups the pudding mixture goes, filling them about 3/4 of the way. Top with a layer of salty, crunchy chopped pretzels and then add a heaping dollop of homemade coconut whipped cream right on top to create the ultimate pudding parfait.

You can even add a little less of each layer and layer the three ingredients a couple of times for some wow factor! 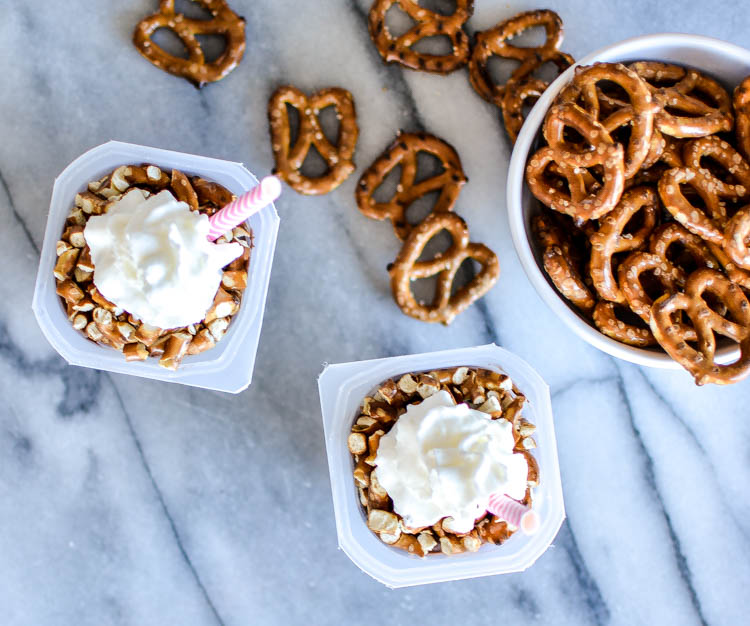 You can find Snack Pack Chocolate Pudding with the rest of the crazy amount of Snack Pack Puddings in the baking aisle of your local Walmart, right next to the baking nuts! There are seriously so many different flavors to choose from. With their new easy open to lids, they are the perfect afternoon snack for the kiddos! 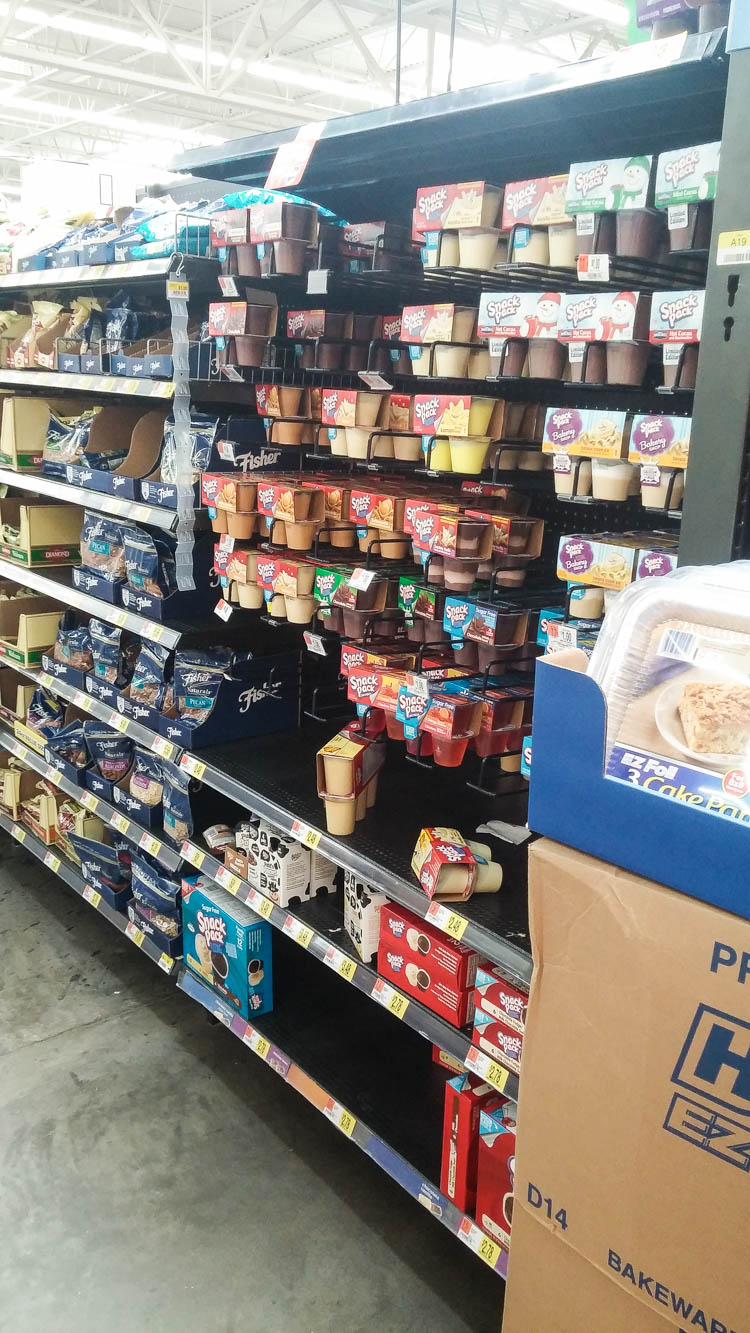 Recipe for these must-have Valentine’s Day pudding cups is below! Have a great afternoon everyone! xo 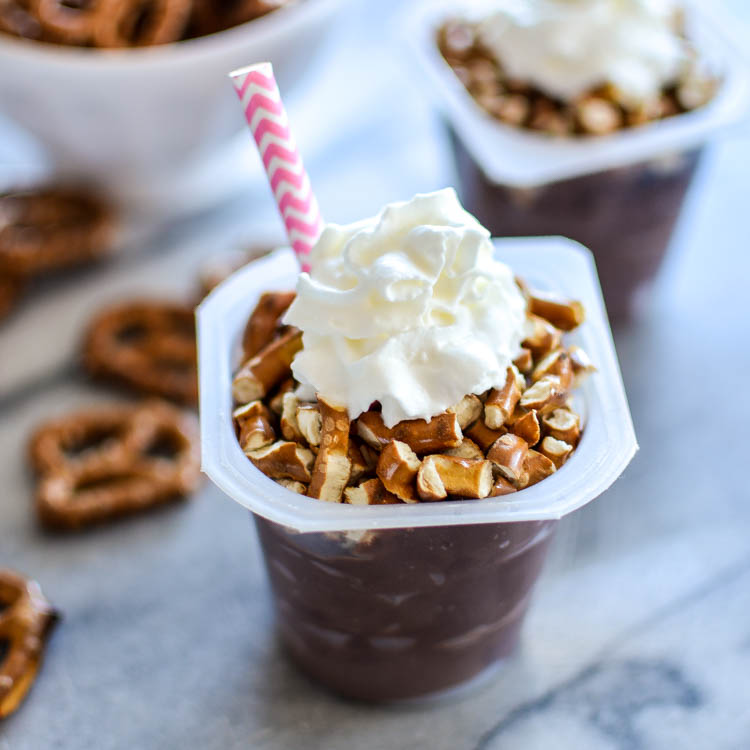