To say that I was excited to post this s’mores affogato recipe would be quite the understatement. My obsession with coffee runs deep, and my obsession with ice cream runs even deeper. I remember the first time Zach made me an affogato. That was it. I was done for. Zach is quite the barista. I’d call myself pretty lucky to have a latte or cappuccino waiting for me every morning when I wake up, since my skills with an espresso machine are non-existent and I usually settle for French press (if you can call that settling – I don’t know). We started brainstorming, and thought to ourselves, “have we ever seen a s’mores affogato?” The answer was no, and the result … well it was just magnificent. 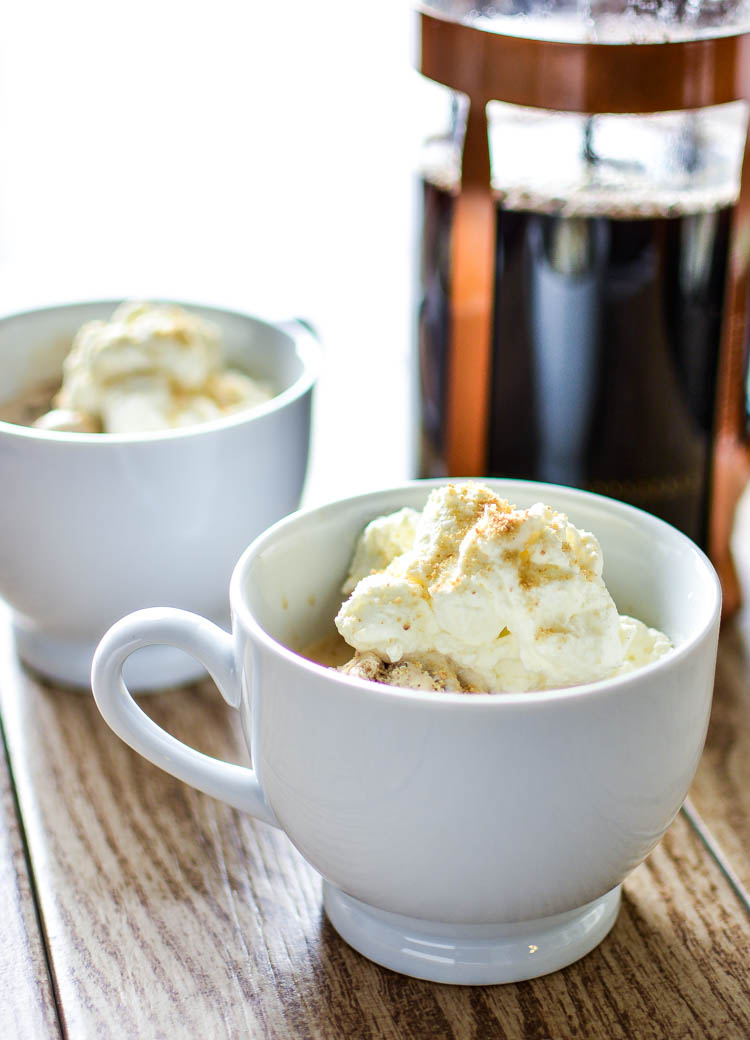 Now, you all probably already know that I’m not the tutorial/step-by-step type. I blame my laziness. I can’t seem to get photos of the process, and when I do get photos they are just god awful. This s’mores affogato recipe on the other hand was a super simple one to photograph, so I thought I’d give it a shot! I intended that pun. Muahaha.

I chose a mocha, almond, fudge ice cream. Dreyer’s® makes a spectacular one if you are looking for specifics. 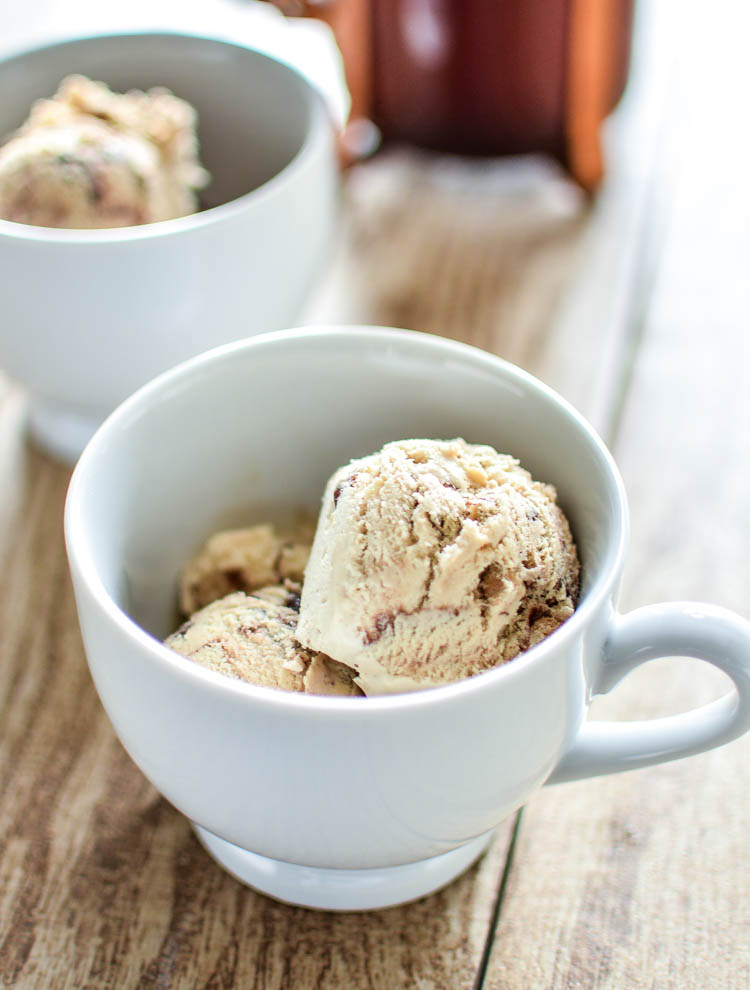 Second, comes the pouring of the espresso part. I used French press for this recipe because I wanted a shot of a French press in this photo, but that doesn’t mean I don’t love French press on a normal basis. It’s my go-to when Zach isn’t around to make me a latte. You may use drip coffee. It just won’t be as strong as it would be if it came from a French press or espresso machine (or other espresso making device).

Pour a 1/2 cup of coffee into each mug, and just watch the steam. It’s just so pretty.

Oh, coffee. How I adore you so. 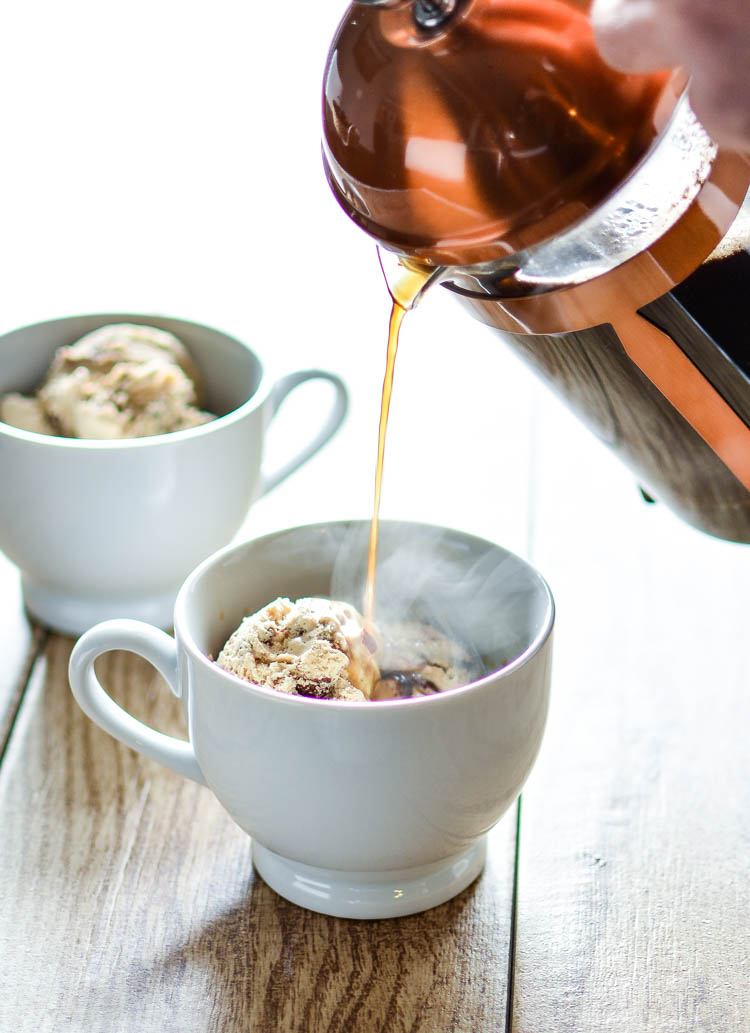 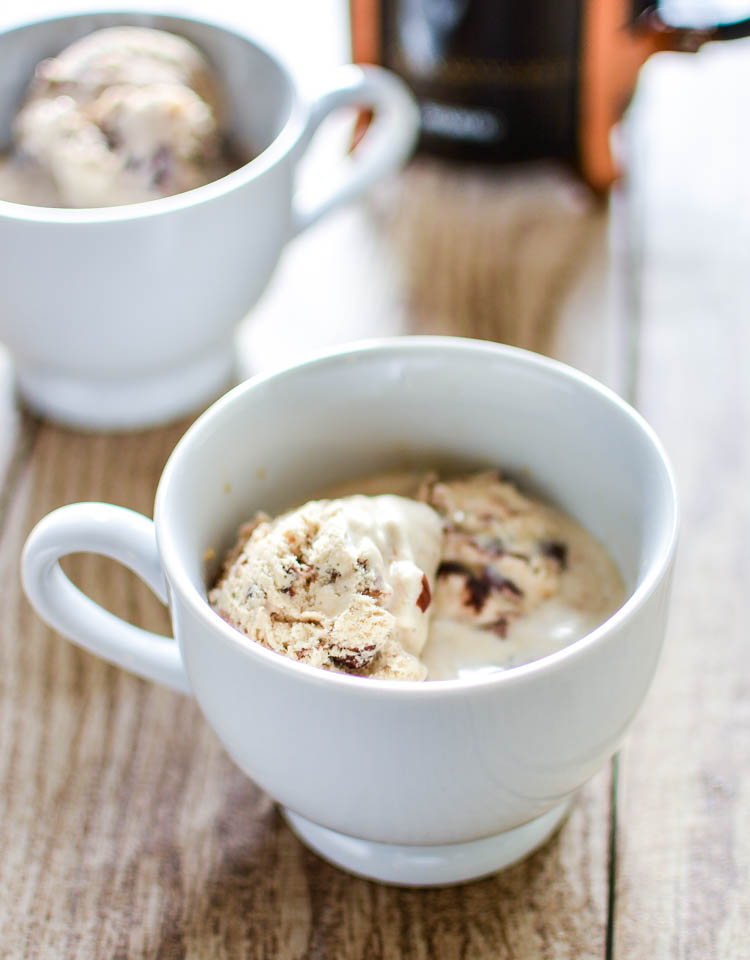 Third, dollop on your marshmallow whipped cream. It’s a simple recipe (recipe is below). Heavy whipping cream and a dash of confectioner’s sugar is whipped to soft peaks and then marshmallows are folded in.

Lastly, sprinkle on that crunch. Graham cracker crumbs make for the perfect garnish. I say 2 tablespoons in the recipe (1 tablespoon per serving), but I’m pretty sure the last time I made this recipe I dumped 1/4 cup.

I’m not sad about this. 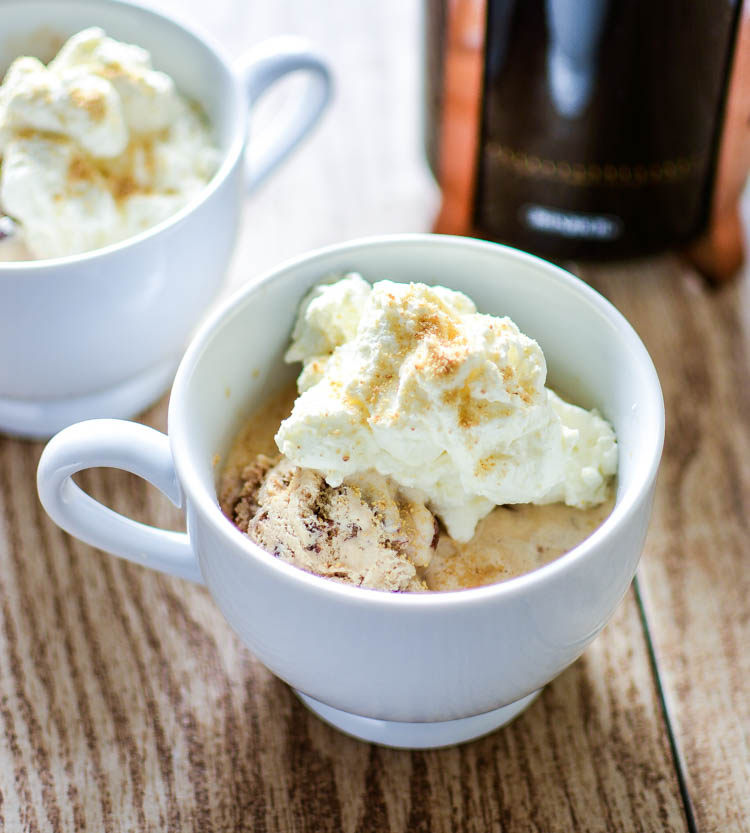 Recipe is below! Enjoy and have a great Monday! xo

Cook Time = Coffee Brewing Time I used French Press for this recipe, but normally I would use espresso. If you are using drip coffee, you may need more than 1 cup as it's usually not as strong as French Press or espresso tend to be.