I know what you are thinking. It’s about dang time I shared a beer cheese soup recipe. What? Has it been over 2 years that this blog has been live, and I still have yet to post a beer cheese soup recipe? I know, I know. I should be ashamed of myself. I love, love, love beer cheese soup, and I have totally put my own spin on it today. With mashed potatoes, heavy cream and a ton of beer goodness, this soup is oh so heavenly. White cheddar cheese is mixed in at the end. Top it with bacon and settle into a cozy chair by the fire. You will literally be able to feel your little toes warming up from the cold with each and every bite. 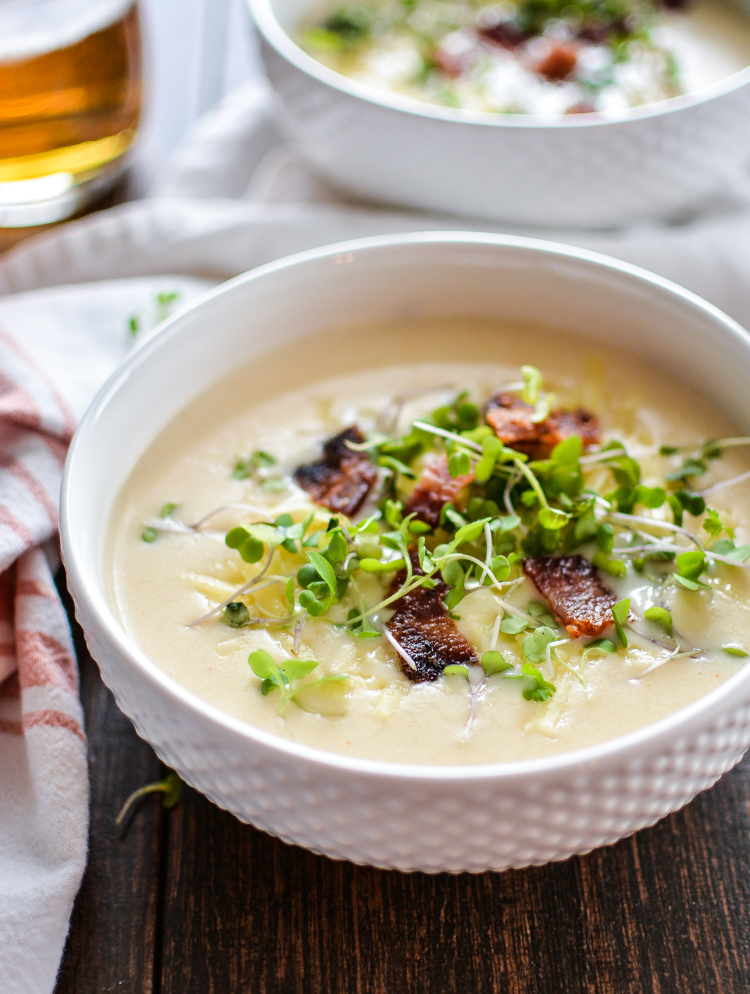 IF you happen to have some leftover mashed potatoes laying around from Turkey Day, this soup would be the perfect use for them. The beer cheese soup is primarily made up of mashed potatoes, and what is not to love about mashed potatoes?! It’s such a simple recipe and only gets better as it sits. I like to make a big batch and keep it warm on the stove.

I’ve made this soup a couple of different ways over the years. I have used many different types of beer, and a variety of cheeses. This combination I find to be the most successful.

This is where you guys really need to use your imagination and intellegence. If you would normally hate drinking hoppy beers, DON’T COOK WITH ONE. This recipe uses pale ale and you will, 100% get a bitter result.

I want this. You may not. Let me reiterate: this soup is BITTER! ;)

Honey works wonders. Feel free to add as much as you like, and swap out the pale ale for a beer a little on the lighter side. A pilsner is the perfect substitute in this situation.

I hope you guys enjoy the recipe as much as I do. It’s perfect for those cool nights! Recipe and beer pairings are below! Have a great night everyone! xo

Beer Love
Beer cheese soups vary in the variety of beer you can throw into them. I think a pilsner is one of the most popular because it is much more subtle than your bolder beers out there. I really wanted to throw a pale ale into this soup, as well as pairing with it. I really wanted that bitter hoppiness to shine through and boy did it. If you aren’t a huge fan of that bitter hoppiness, than I definitely suggest going the traditional pilsner route. Here are some pale ales that I love to cook with. Just like it is with wine, remember to choose a beer that you would otherwise drink! You will most definitely taste the beer in this dish! That’s the whole point!
Maine Beer Company’s Peeper Ale
Wind River Brewing Company’s Fremont Pale Ale
3 Floyd’s Zombie Dust 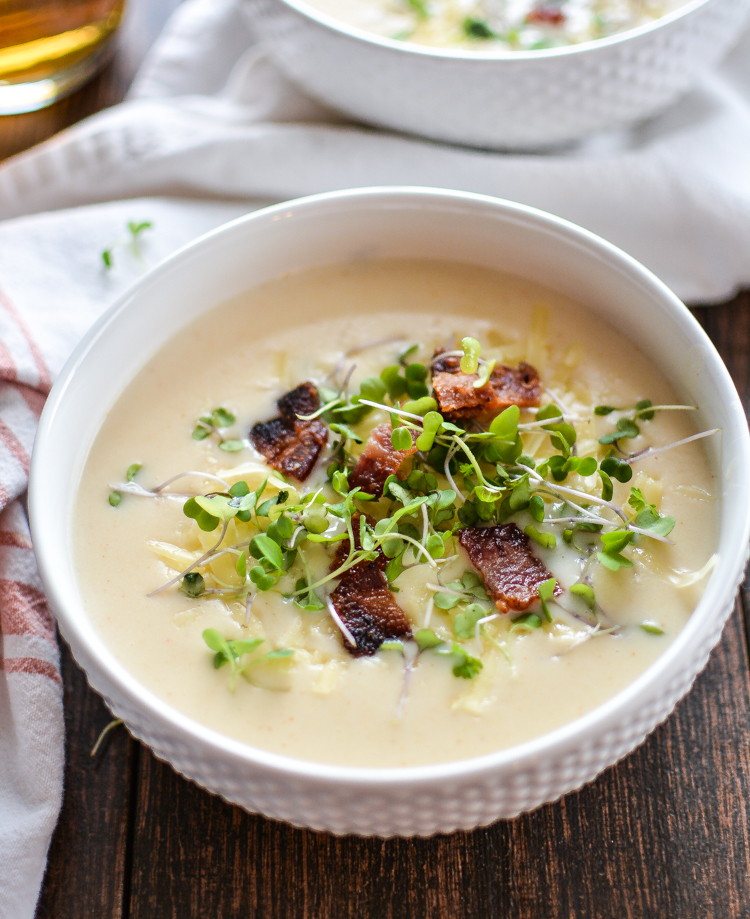 Yes, the mashed potatoes may be made ahead of time, up to a week and stored in an airtight container in the refrigerator.

This soup is VERY bitter, a pilsner will tone down the bitterness of the soup, but not completely. If you are looking for some sweetness, add honey or granulated sugar.