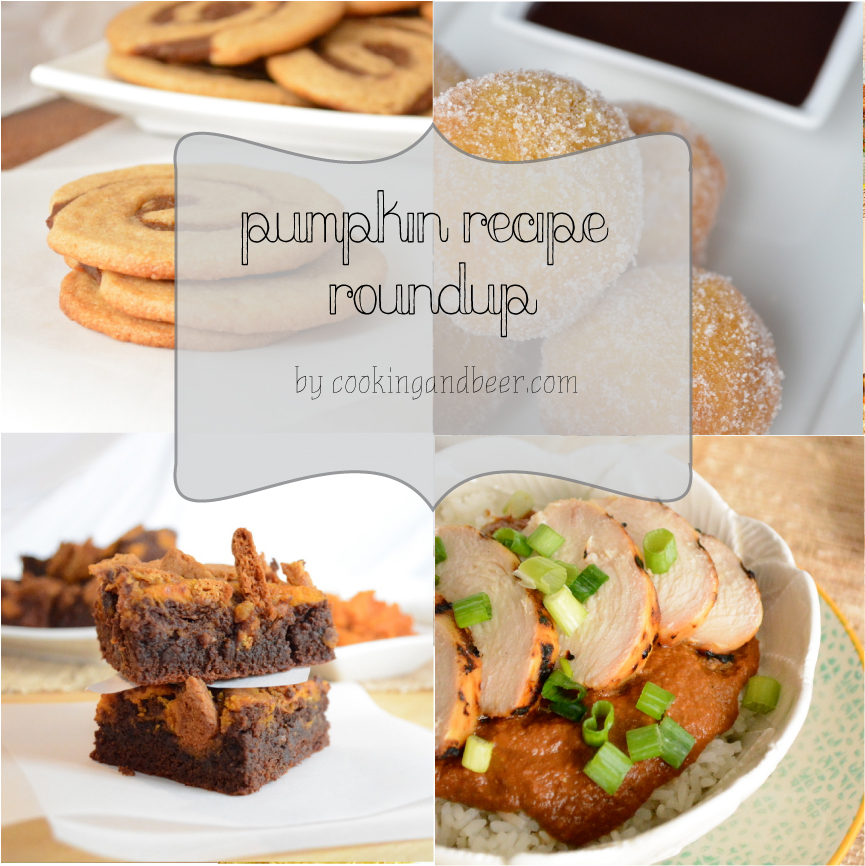 So that’s it everyone! I hope everyone has just as much fun as we did whipping up these great pumpkin recipes. There are some things to know before you start cooking because I’m sure all of you will be making all of these recipes? Right? I will believe it even if it’s not true =). I used canned pumpkin puree this year. This is mostly because I started creating these recipes before pie pumpkins hit the shelves. However, I have seen a couple of the big box stores put pie pumpkins out this past week. If I were starting this process now, I would most certainly be going the homemade route. This isn’t to say that you aren’t allowed to use canned pumpkin puree. Make sure that it is PUMPKIN PUREE though and not PUMPKIN PIE FILLING. This is important. Read the labels. =) If you are using pie pumpkins, I suggest whipping up a big batch and canning it. To make the stuff, I cut the stem off of the pumpkin and cut it in half. Scrape the pumpkin seeds and gooey stuff out. Lay the two halves flesh side down on a baking sheet lined with foil. Preheat your oven to 400 degrees F and roast the pumpkins until they are soft inside, about 40-45 minutes. You will know they are done when the flesh scoops right out. Scoop the flesh into a blender and puree the crap out of it. That’s really it. It’s really easy and takes almost no work at all, and there’s just something about fresh pumpkin puree. One more thing and I’ll let you get at it. Click on the link below each picture for the recipe’s beer pairing. This is the most important part! Duh. Anyway! I hope everyone is having a great weekend and you all enjoy these recipes as much as we did =).

Have a great weekend everyone!