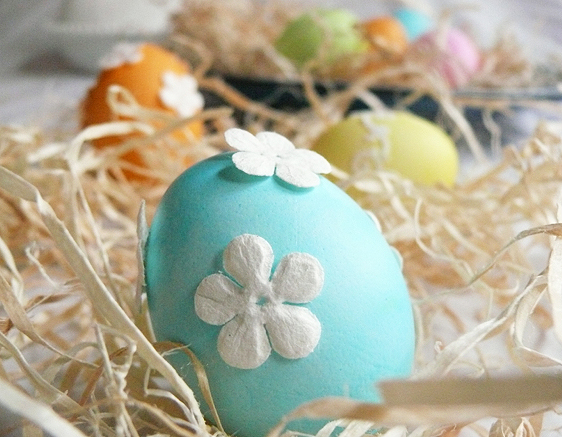 It’s really not as easy as you think it might be. I’m sure at least once in your life you have hard-boiled or soft-boiled an egg. The difference between the two is just as it seems. Soft-boiled eggs are just cooked for less time and the yolk isn’t as hard as in hard-boiled eggs. For the sake of keeping things simple and keeping myself sane, I’m just going to refer to them as “hard-boiled,” since this is my preference and this is how we cooked them. Anyway, in the past, I never had problems hard-boiling eggs living at sea level (or at least close to it). I never really had a problem until I moved to the Denver, CO area. For those of you that don’t know, Denver is known as the “mile-high city.” That means the city is a…yup…you guessed it…a mile above sea level. Some people are affected physically when they first visit a place like Denver or Boulder, especially if they are used to living at a much lower altitude. Some feel weaker, while others aren’t affected at all. It really just depends on who you are. Believe it or not, cooking is affected in almost the same way. Sure our food doesn’t feel “fatigued,” but some recipes do require alteration if you are going to be cooking a mile above sea level. Hard-boiling eggs is just one of those recipes.

Let me just tell you that it took Zach and I quite a while to get the hang of it. Sure, there are some tutorials on the internet for cooking at a high altitude, but every one we have ever tried for the most part has failed. There were times where the eggs weren’t cooked fully on the inside. In the end you want a perfectly yellow, solid yolk, right? Well sometimes ours were over done and turning into a greenish color. It really got frustrating after a while. I think Zach and I went through a few dozen eggs before we finally got it right.

If we were to speak of this in scientific terms, water boils at a lower temperature at a higher altitude because the air pressure is significantly lower. The average boiling point at sea level is 212 degrees F. When you are a mile above sea level the temperature at which water boils drops to around 203 degrees F. The alternative is that if you were to use a pressure cooker: the temperature at which water boils is a lot higher, so food will cook a lot faster. To speak in laymen’s terms, imagine if there are three people sitting on your back while your trying to do push ups, how hard would that be? Now remove those people, and the push up becomes a lot easier. The same goes for water. The lower the pressure (the fewer the people on your back) the easier it is for water to boil (at a lower temperature). You can see how this may start screw with some of your everyday cooking techniques =).

You have to remember that it also has a lot to do with the stove you are using in the process. Some stoves are just stronger than others. Some radiate more heat. Is it electric, or is it gas? The only real way to discover how to cook these babies at altitude is trial and error. We hope that if you live at altitude, you will try our recipe. Feedback is most certainly wanted, but do know it really just depends on your general surroundings.

We did not pair these eggs with a beer. It just didn’t feel right. If you’re feeling extra crazy go ahead and whip yourself up a mimosa or a bloody mary, and if you are just not feeling it, a latte or an OJ will do just fine!

Since Easter and the spring months are upon us, we found it only necessary to dye some eggs along with hard-boiling them. They kind of go hand in hand don’t ya think? Be forewarned, that when you hard boil your eggs, they will not come out pink, blue and green and covered with flowers and glitter =)

The Hard-Boiled Egg (at altitude)