Sometimes here at Cooking and Beer, we like to go beyond just pairing beer with food and just go right ahead and stick the beer in the recipe. Now, we do not recommend doing this with just any recipe (after all, I am sure that your grandmother would not appreciate getting served some beer pumpkin pie on Thanksgiving . . . especially if it is her recipe that you are modifying). On the other hand, the flavors in some foods can be boosted by adding a beer (or two) to the recipe. This works especially well with spicy dishes, like chili con carne!

A good rule of thumb for cooking with beer is to use it when you would normally have to add water. This does not mean go ahead and boil your spaghetti in a vat of beer. I imagine that that would end in quite a mess on the stove. But, if a recipe calls for a cup or two of water, and needs to simmer for a while, feel free to replace the water with a good beer. Chili is great for this application, especially if you have a chile beer on hand.

We just so happened to have a bottle of Twisted Pine’s Ghost Face Killah on hand. Justine, nor I, were able to actually drink the beer by itself so we decided to throw it into a chili recipe. Normally, we would add a jalapeno or a habanero to our chili just to kick it up a knotch or too. But, with the beer being as spicy as it is, this will not be necessary. And, pasta is a great way to serve the chili!

Not only does the addition of the chile beer make this not your average chili dish, we take it to the next level by dousing the chili in freshly grated sharp cheddar cheese and a few slices of fresh avocado. After all, you can’t go wrong with the combination of heat and avocado!

If you do not like really spicy food, feel free to use a beer that is not quite as hot, or just replace the chile beer with a good pilsner or brown ale. Also, this dish is great for pot-lucks or if you are having company over since you can make it the day before and just heat it up when you are ready to serve your guests! 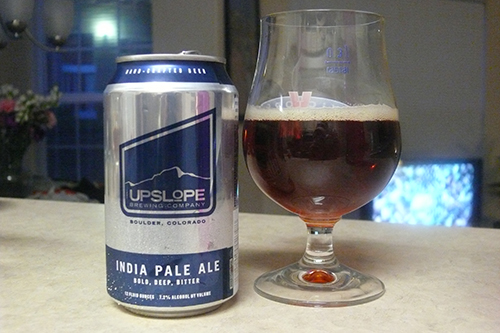 Now, for the beer pairing. While we have already use an entire beer in the recipe, drinking this spicy chili with a chile beer would just be too much heat in our opinion. So, as with many spicy dishes, whether they fall into the southwestern, spanish, or mexican cuisines, we like to pair this chili with an american IPA. American IPAs have a very floral and fruity aroma and while being rather hoppy, they maintain a subtle sweetness that helps balance the heat in the chili. In fact, as a good rule of thumb, most spicy dishes will pair well with a hoppy beer (IPA or IIPA) since the heat in the chili comes from capcasin, an acid, in the peppers. On the other hand, the bitterness in an IPA comes from the acidic nature of the hops used. This combination of acids melds together and helps compliment one another. And, the subtle sweet tones in an IPA help provide an overall pleasing mouthfeel which will prevent you from feeling like there is a match in your mouth.