Paired with a Hefeweizen

Pork schnitzel with mushroom stout gravy is a twist on a classic Austrian dish that is loaded with flavor and coated with crispiness. A simple traditional mushroom gravy is flavored with stout beer and then drizzled over a perfectly crisp piece of pork schnitzel which is then placed over the creamiest mashed potatoes! 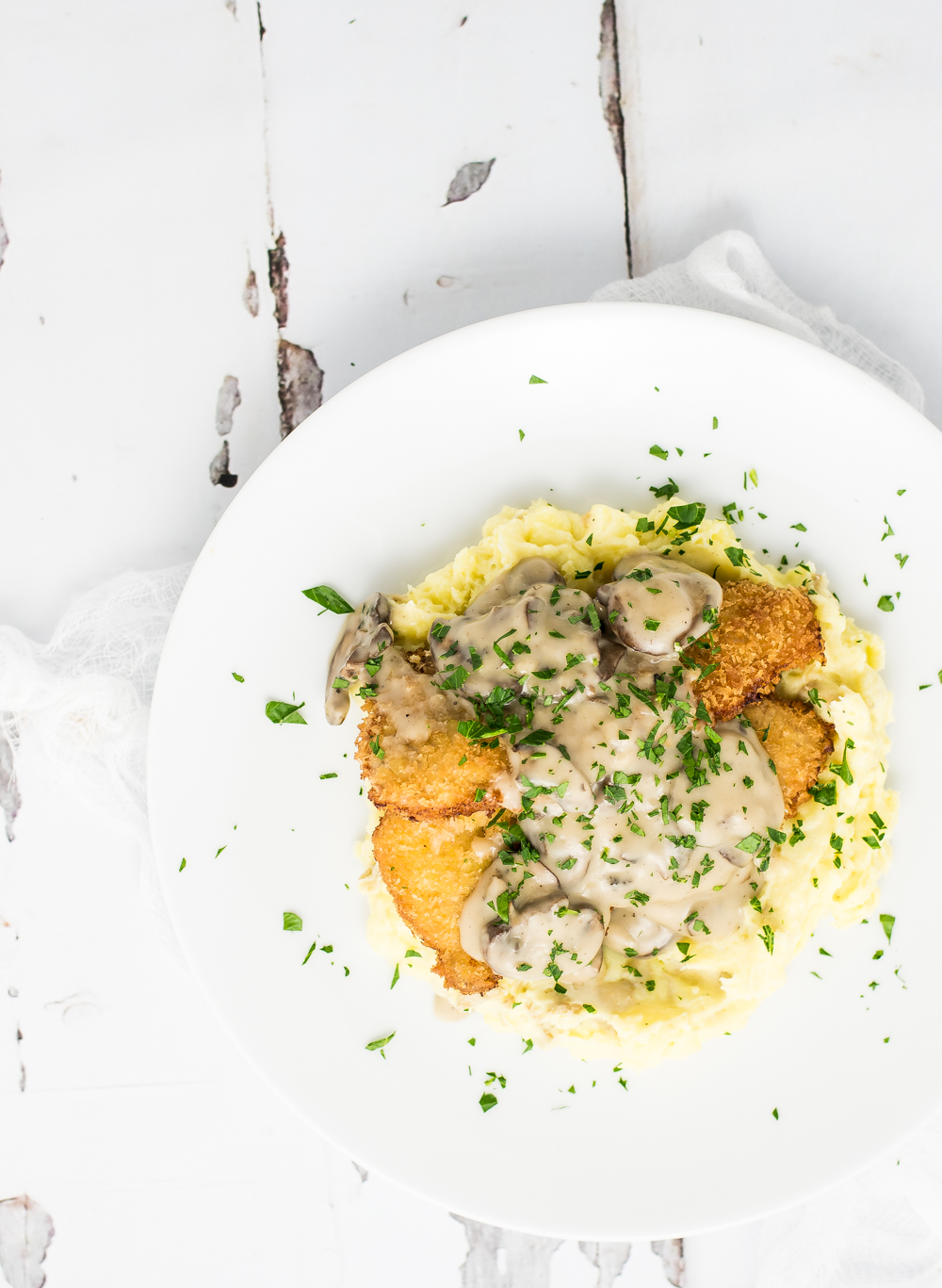 I feel like pork schnitzel was only ever that dish that I ordered at restaurants, and the one problem that I always had with it was that it was always terribly under seasoned. Which is strange because I feel like most restaurants tend to overseason. I don’t know if it was because these chefs just assumed it was salty because of the pork or what. Either way, it was always so bland. It was because of this that I started making it at home.

It doesn’t get much easier than this pork schnitzel recipe and this is my favorite way to serve it: on a bed of mashed potatoes with mushroom stout gravy. It’s also great on buttered egg noodles, but I always thought that mashed potatoes was a tad more comforting.

What sets this pork schnitzel recipe apart from the rest is the gravy. Oh yes, I’m sure you’ve had your fair share of schnitzels topped with mushroom gravy, but I think that the stout beer really sends it over the edge in flavor. It gives a subtle bitterness without completely taking away from the flavor of the rest of the dish. It’s the perfect addition! 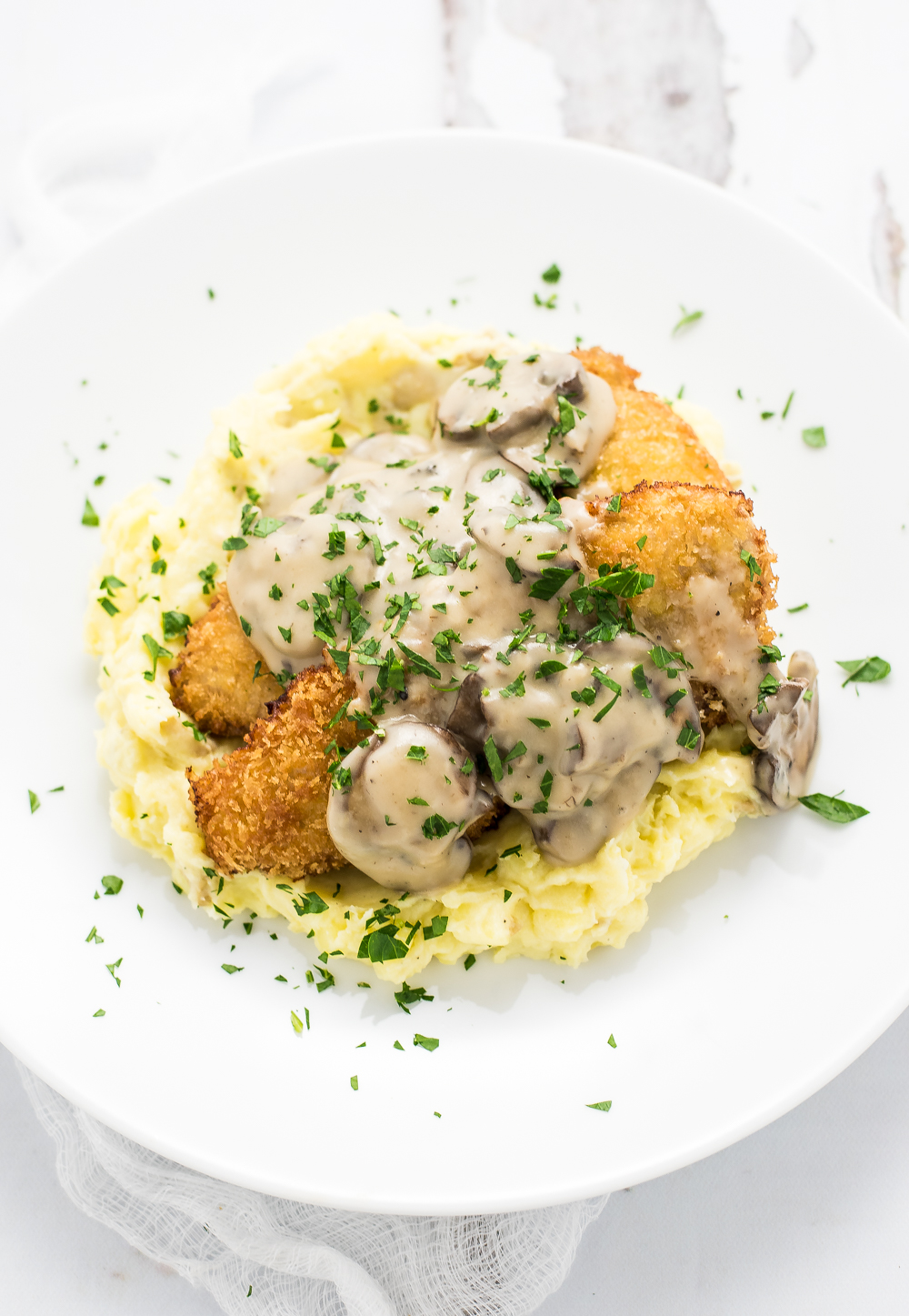 I hope you guys enjoy this recipe. Even though I cooked with a stout, I love schnitzel with a good hefeweizen. It’s one of my favorite beer pairings. Have a wonderful day, everyone! xoxo 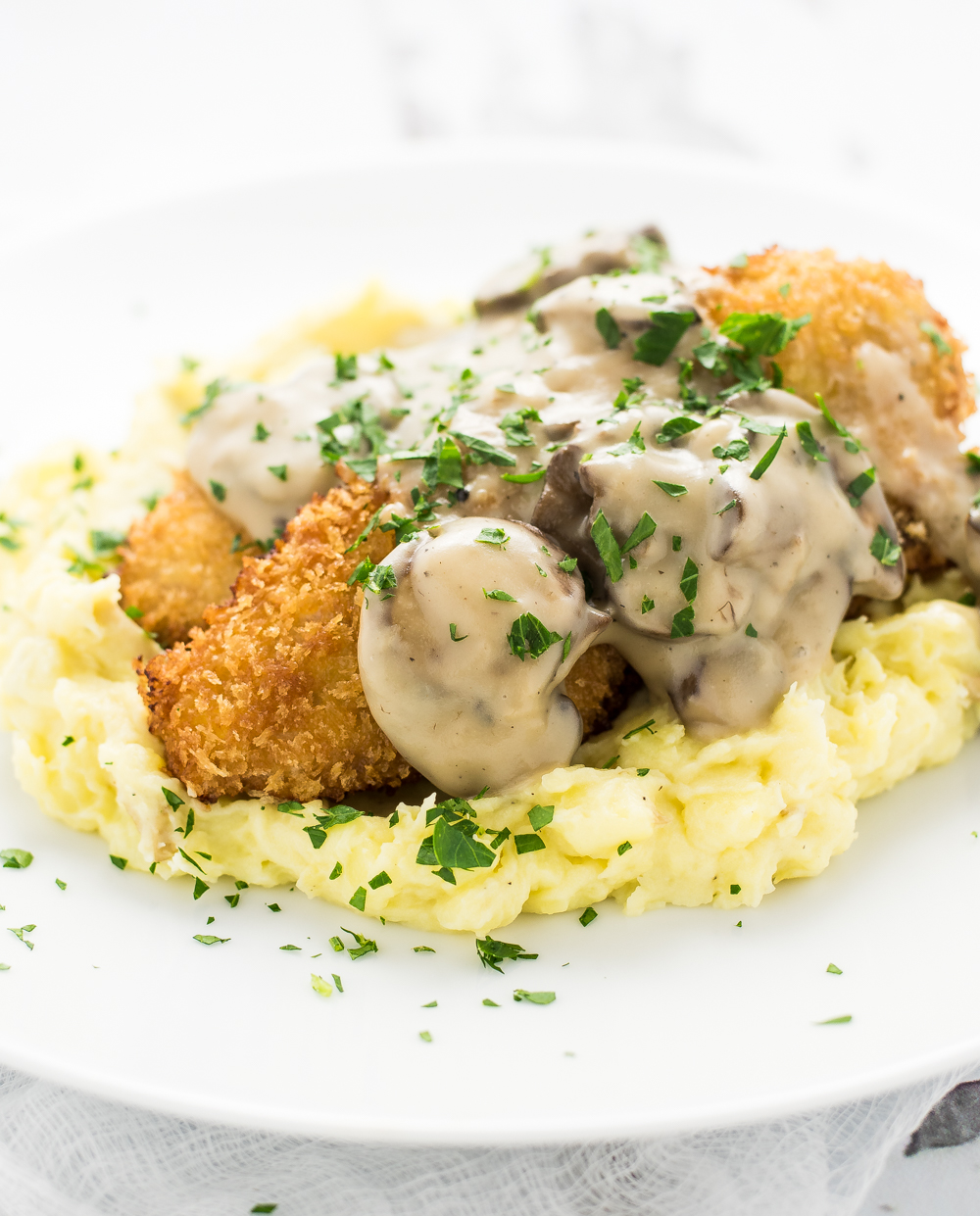 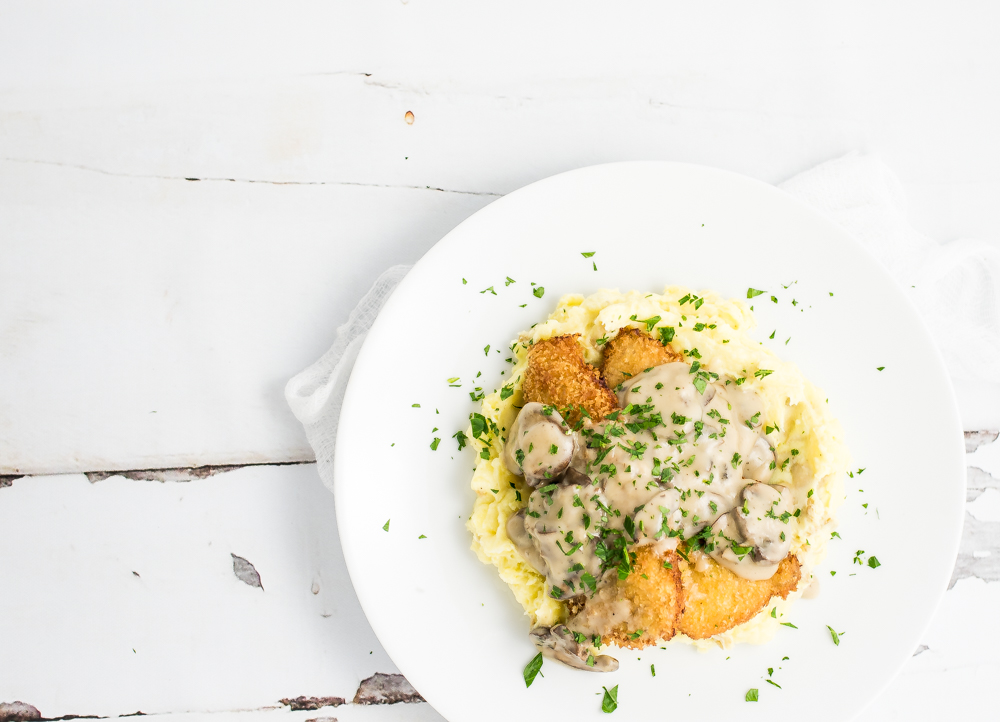